Owners Waiting Longer than Ever to Trade In 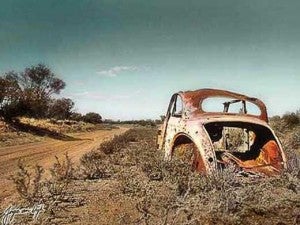 Drive it til it drops?

American motorists are waiting longer than ever to trade in their cars, trucks and crossovers – with 10 years and 150,000 miles becoming the new norm, rather than the exception, according to a pair of new reports.

In the golden era of planned obsolescence, it became common for American new car buyers to trade in as often as every two to three years.  Perhaps that was no surprise in an era when quality and reliability were secondary to styling and automotive one-upsmanship.  But as quality and reliability become essential requirements for automakers consumers can be comfortable a car will last longer – something that has become a requirement as prices rise and the economy falters, analysts suggest.

Nearly eight in 10 owners will now hold their vehicle for a decade or longer before trading in, according to a survey by AutoMD.com, while a Black Book survey finds that the majority of owners will not trade in until their vehicles have at least 125,00 to 150,000 miles on the odometer – with 200,000-mile trade-ins being anything but rare these days.

“There is nothing surprising about the economy driving car owners to hold onto their vehicles for longer – our data has been showing this trend for the past three years; but what is most compelling is that longer ownership has become an embedded habit for car owners, regardless of what the economy does,” said Brian Hafer, VP of Marketing at AutoMD.com.

The survey of 4,000 vehicle owners by AutoMD found that:

That is, of course, bad news for an auto industry struggling to draw customers back into the showroom as soon and as often as possible.  But, in a sense, the industry only has itself to blame.  According to other recent studies, such as the J.D. Power and Associates Initial Quality Survey and Power’s Vehicle Dependability Survey, today’s products last longer than ever with less problems requiring major repairs along the way.  Meanwhile, many makers are now offering free scheduled maintenance programs while vehicles are under warranty.

Where motorists of the past knew that their vehicles were reaching a ripe old age at 100,000 miles, today’s consumers just see that figure as a milestone to show friends.

“Americans are holding onto their cars longer today, and this aged vehicle is what’s being traded inas we’ve seen a rise in new-car sales activity,” said Ricky Beggs, analyst at Black Book.”

The shift in consumer attitude is obvious.  While manufacturers have been putting a renewed focus on emotional design, consumers say that’s great but won’t give up quality and functionality for looks.  The AutoMD study found 52% of motorists saying their next vehicle purchase will primarily be influenced by practicality, only 21% saying they will be more influenced by styling.

Asked why they’re holding onto their vehicles longer, 47% of AutoMD respondents listed a weak economy. The survey, which allowed motorists to list more than one answer saw 44% check off the fact that they’ve been more vigilant about service and repairs; 37% cited the desire to save money, 28% mentioned they were doing their own repairs to keep the old jalopy running.  And 19% noted that today’s cars simply last longer.