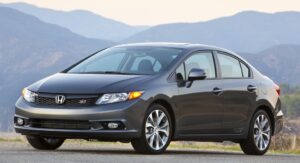 The Honda Civic Si is available as a racy coupe or stealthy sedan.

It’s not often that an automaker admits shortly after introducing an important new model that it may have missed the mark.

But in October, a Honda spokesman told Automotive News that the automaker would accelerate a mid-cycle refresh, normally scheduled for 2014, to answer criticism of the new car’s boring interior.

So, we thought it was worth taking a look at the new Civic to see if the criticism was warranted.

This is arguably Honda’s most important model, the best-selling compact in the country. Through nine generations of the Civic, buyers have found much to like. So much, in fact, that the Civic line now boasts six different models ranging from the fuel efficient hybrid to the racy Si, two-door hatchback or four-door sedan. There’s even a natural gas-powered model. 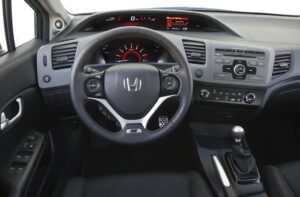 The new Civic's interior is rather bland, especially compared to other competitors in its class.

This new model arrives at a fascinating time for the small-car market. The economy is still trying to shake off the effects of the 2008 meltdown, but several new small cars show that some automakers have decided against any sort of austerity program.

The new Ford Focus, Chevrolet Cruze and Hyundai Elantra, all introduced for 2011 or 2012, all bring the bling. They have delightful interiors with interesting shapes, soft-touch materials and high-tech features. They look like seven-eighths scale versions of more expensive cars.

So what weapon did Honda decide to bring to this gunfight? The equivalent of a kitchen knife. 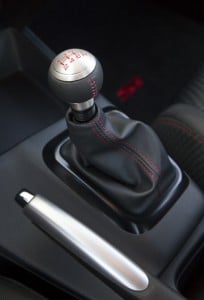 The Civic Si's only transmission is a slick-shifting six-speed manual.

The Civic’s interior is technically well executed, for the most part. Everything works well. The switches actuate with typical Honda precision. Every button and knob is well-placed. There are no rough edges. Plastic panels, mostly, line up well.

But it is devoid of passion. The grey plastic is hard and is assembled in a strange combination of pieces. Where the Chevrolet, Ford and Hyundai have interesting shapes and graceful, flowing lines, the Civic is uninspired. The Si’s obligatory red stitching on the seats and matching Si logo on the seats does boost the interior a bit.

Ahem. Well, let’s look at what is good.

There’s plenty of space for those in the front row. Because the Civic doesn’t have a cool center stack sweeping into the center console, there’s actually more space for travel detritus. Seriously, there’s room for one of those mini laptops in front of gear shift.

Even though the wheelbase is nearly 4 inches shorter than the outgoing model, there’s also good space in the rear seat, far better than in the Cruze. Headroom is better than the Hyundai. 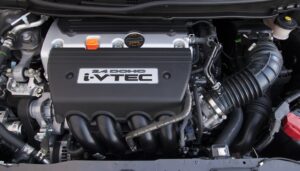 The Si gets the 2.4-liter four cylinder from the Acura TSX. While it doesn't rev as high as the old 2.0-liter, it has more torque and even provides better fuel economy.

Honda continued the split instrument panel from the outgoing model. An oversize tachometer dominates the lower part, which is viewed through the steering wheel opening. The upper section, set deep and relatively close to the windshield, has a large digital speedometer and fuel gauge. A new information screen, called i-MID sits off to the right side of the upper instrument panel and is operated by steering-wheel mounted buttons.

The Si’s sport seats do an admirable job holding you in place, although the upper bolsters are a little tight for those who’ve eaten a little too much pumpkin pie. 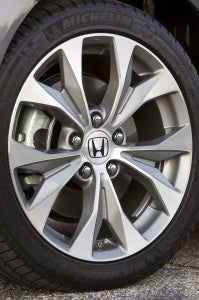 Si-specific wheels are part of the deal on the performance version of the Civic.

Some Si fans are disappointed that Honda has replaced the 2.0-liter, 197-horsepower, 8,000-rpm screamer in the old car with the 2.4-liter four from the Acura TSX. The 2.4 redlines lower at 7,000 rpm, but it makes an additional 31 lb.-ft. torque, peaking 1,700 rpm lower, giving the car more useful power than its predecessor. It’s hard to argue with an engine that provides more performance. At the same time, fuel economy goes up 1 mpg for the city cycle and 2 on the highway.

With 201 horsepower, the Si definitely has a strong kick, getting from 0-60 in 7 seconds, which surprisingly is about the same as the outgoing model.

The manual transmission, the only one offered with the Si, is a pleasure to use. It’s light, easy to shift, a true joy. Same for the clutch, which is light, but still has good feedback. But typical of many Hondas, the engine carries revs after depressing the clutch, making it difficult to shift quickly and smoothly to the next gear.

Fuel mileage, at 22 city and 31 highway is good. But what was exceptional was seeing nearly 30 mpg in a mix of freeway and rural two lanes, even with the go pedal firmly planted against the floor most of the time while accelerating. 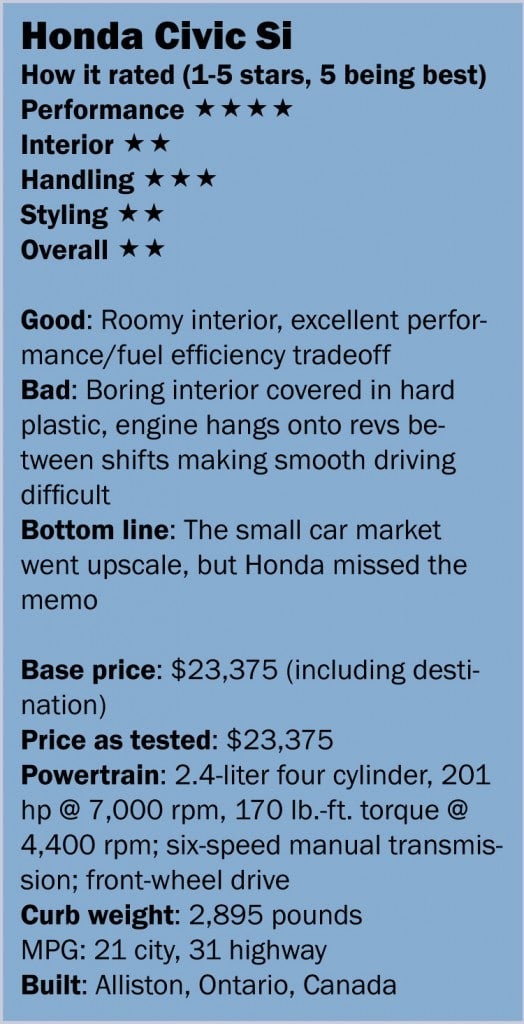 Small cars and big power driving the front wheels can be a difficult combination for even the best automakers. On that front, Honda missed the mark. Stomp on the go pedal with the wheel turned even slightly at lower speeds and the inside tire starts to lose grip. This is particularly surprising since the Si comes with a helical limited slip differential. It’s not the bundle of torque steer that is the MazdaSpeed 3, but it’s also not as much fun to drive as the Volkswagen’s GTI, also a similarly powerful front-driver.

The Si’s electric power steering is well calibrated and has good feedback.

The ride, not unexpectedly, is stiff, but it’s in keeping with the car’s sporty nature.

Speaking of sporty, Honda took a conservative approach to the exterior design. Maybe stealthy speed was the goal. Consider it a blank canvas for aftermarket stylists to add their mark. The two-door, with its sexier fastback shape, looks better.

Maybe the best part of the car is the bottom line. Civic Si four-door is competitively priced, starting at $23,375, including delivery charges. With no options, that was also the as-tested price of the test car. That price comes with a ton of standard features including Bluetooth, a 360-watt stereo, multi-function LCD screen, 17-inch alloy wheels, plus the usual safety equipment, including six airbags.

Honda made some surprising choices with this new model. It put the Civic on a budget program just as its competitors were ramping up the style content of their compacts. Where it once led, the Civic is now just middle of the pack.