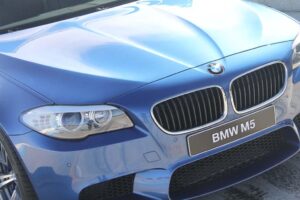 BMW gets a new ad agency.

Once upon a time automotive advertisers were the most stable accounts on an agency’s client roster. Those were the halcyon Dan Draper days. Turbulence is now the norm. Longevity is passé. Performance — as in results and metrics – now drives the business.

BMW is just the latest to join the long list of auto brands who have switched agencies since the economic meltdown began. The headline A-list switchers include Chrysler, Dodge, Fiat, Saab, Cadillac, Buick, Chevrolet, Mazda and Volkswagen.  The personal toll is and has been incalculable for modern Drapers, but, interestingly, lead creatives and strategists from a shop that was fired from a brand are now working for one of the new agencies new brands.

A quiet internal review, I was told by a source familiar with the review, but who must remain anonymous to prevent jeopardizing a career, started shortly after the August 2010 accidental death of Jack Pitney, BMW’s vice president of marketing. While Pitney told me in an interview that year how much he liked the work of GSD&M, company management of the prestigious brand was not happy specifically with the Olympic or Joy campaigns.  The latter was part of an aggressive international brand positioning program that shook up the automotive world by seeming to walk away from BMW’s long-time tagline, “The Ultimate Driving Machine.”

Since then, some work has been awarded to shops on an ad hoc basis – and some of it really quite good.

Then in March of this year BMW announced it was beginning an exhaustive agency review using a consultant to winnow the improbable from the probable candidates. After the list was cut to a workable number visits were arranged for key company marketing executives.  From this list four finalists were selected: KBS&P owned by MDC Partners, IPG’s  Martin Agency and Gotham, Canada based Cundari, and WPP’s Grey for dealer work only. Extensive, perhaps exhausting background orientation sessions were held, I was told, at BMW’s headquarters in New Jersey and at their US based factory in Spartanburg, South Carolina.

Then, the announcement on Friday of the new agency. Dan Creed, vice president marketing of BMW North America, said in the official release, “Kirshenbaum Bond Senecal & Partners hit a home run and left no doubt in our minds that they are the clear choice for the lead creative agency selection.  KBS&P’s successful pitch energized our team, demonstrating a strong platform of impressive brand insight, and memorable creative execution.”

Kirshenbaum Bond Senecal & Partners is owned by the Canadian company MDC Partners and is now the official creative agency of record for BMW; the media budget of $160 to $180 million dollars will continue to be handled by Universal McCann for national and regional media planning and buying activities in the U.S. Other agency clients include Coca Cola, A/X. Giorgio Armani, Levi’s, NetJets, Puma, Tecate,  and Victoria’s Secrets.

KBS+P has handled national creative for BMW USA on a project basis since October 2010 and also owns Dotglu with whom BMW has had a long relationship for digital marketing and CRM in the U.S. This current contract will run for the next three years.