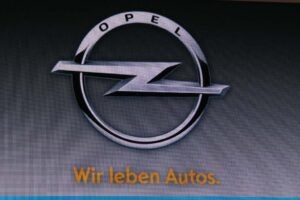 Opel is still not for sale, insists Akerson.

General Motors’ top executive has made another attempt to head off rumors that the maker’s long-troubled Opel subsidiary is for sale.

“We don’t comment on speculation,” GM chairman and chief executive officer Dan Akerson said before doing precisely that during a brief news conference at a GM assembly plant in Detroit called to officially discuss the opening of contract talks with the United Auto Workers

“Opel is not for sale,” Ackerson emphasized, reiterating a comment he made earlier in the month – which apparently did little to quell reports in Germany that the subsidiary would be placed on the market.  Whether his latest comment will finally quash speculation remains to be seen in light of Opel’s ongoing problems.

Akerson also said GM expects to report its sixth consecutive quarterly profit next week. The new GM that emerged from bankruptcy in 2009 is “not only successful but wildly successful,” he said.

Rumors have been circulating in the German Press for several weeks that GM might be willing to sell Opel if a willing buyer could be found. Chinese companies and even Volkswagen AG, which is sitting on more the 19.5 milion Euros in cash, have been mentioned as possible buyers.

Opel has long been the heart of GM’s European operations, but the subsidiary has been in dire straits for a number of years, producing more than $14.5 billion in losses over the past decade despite ongoing efforts at restructuring.

In the months after GM emerged from bankruptcy, in July 2009, it made a serious effort to try to sell off at least a portion of Opel. It nearly agreed to give majority control to a Russo-Canadian consortium headed by Toronto-based mega-supplier Magna International.  But the deal was scrubbed at the last minute and, ironically, the reason why has been revealed through WikiLeaks.

Cables between U.S. government officials say GM was apparently worried that some of its intellectual property would wind up being diverted to a state-owned Russian automaker.

GM has spent several weeks trying to put to rest rumors that Opel was up for sale. Earlier this month, the Detroit maker took the unusual step of publicly responding to a comment by Martin Winterkorn, Volkswagen’s top executive, who said he though Opel might be for sale.

The message now is the same. Opel is not for sale Nonetheless the rumors persist — and the big question not is what GM can and will do to turn things around — but what it would have to do if Opel’s situation doesn’t improve.