May New Car Sales Off to “Dismal” Start

Shortage of Japanese products part of the problem. 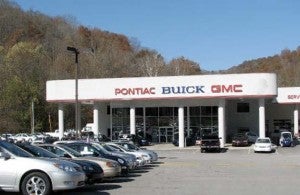 Sales have taken a tumble at dealerships around the U.S. in recent weeks.

After months of steady growth, the U.S. new car market appears to be taking a nosedive in May, according to observers tracking traffic at the country’s dealer showrooms.

The “dismal” start appears to be the result of a variety of factors, according to a preliminary reports by J.D. Power and Associates, including a sharp cutback in rebates and other incentives.  But many potential buyers also appear to be holding back because of a worsening shortage of Japanese vehicles.

The soaring cost of fuel is another factor impacting the new car market, according to Jeff Schuster, executive director of global forecasting at J.D. Power and Associates. “As a result, the industry will likely be dealing with a lower sales pace at least through the summer selling season, putting pressure on the 2011 outlook.”

That’s particularly bad news for an auto industry that had been looking forward to recovering momentum lost over the last three years, during which new car demand fell to the lowest levels seen since the Great Depression.

Automakers may be bringing on some of their own problems.  After running hefty incentive programs designed to spur demand during the first quarter, General Motors reduced those givebacks by hundreds, in some cases thousands, of dollars during the last two months.  And as sales began to recover, other makers took a similar approach.

At the same time, sticker prices have been going up.  Toyota raised prices by about 2% at the beginning of May.  Ford has had two price increases in the last year.

And that understates the situation, many dealers less willing to cut a customer a break as the economy recovers.  That’s all the more true as Japanese-made vehicles have come into increasingly short supply due to the earthquake and tsunami of March 11.  A 2011 Prius is generally going for at least $3,000 more than at the beginning of the year, according to data from TrueCar.com.

Though Japanese factories – and the “transplant” operations run by the Asian makers — are beginning to ramp production back up, it will likely to take until autumn, perhaps the end of the year, before inventories are back to normal.

“In May, we’ll see some actual shortages due to inventory which will affect sales in the coming months,” explained analyst Chintan Talati, of TrueCar.com.

Some Japanese makers, including Toyota, worried that buyers are steering clear of their showrooms, have actually begun offering larger incentives in recent weeks.

While the current situation is disconcerting to an industry hungry for a turnaround, the long-term outlook is more promising.

Several analysts believe that sales during the normally hot spring selling season will barely match – on an annualized basis – the 11.6 million pace of 2010.  But a study released by consulting firm A.T. Kearney, this week, predicted that looking further out, the sales trend is clearly heading up.  Kearney predicts that U.S. new car volumes will reach 16 million by 2016.  While that would still be short of the record numbers achieved a decade ago, it’s a massive improvement over the dismal sales of 2009.