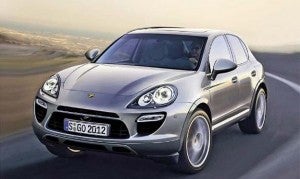 It was only a matter of time.

With the Cayenne now the single most popular model in the Porsche line-up it was only a question of finding the right crossover to add to the model mix, and now the Germans have apparently found what they’re looking for – giving the go to the much-discussed Cajun concept.

The downsized crossover, which looks like the love child of a 911 and a Cayenne, will be produced at the Porsche plant in Leipzig – which means Cajun will be built alongside both the Cayenne and the 4-door Panamera, another model that has stretched the limits of what defines a Porsche.

Plans call for a whopping 1.5 square-mile expansion of the Leipzig plant, with work to begin sometime this year.  While Porsche isn’t revealing specifics, that would hint at a launch of the new model sometime in 2013, either as a 2013 or ’14 model.  The project is expected to add another 1,000 jobs at the Leipzig plant, according to a Porsche press release.  The facility first opened in 2002 to produce the Cayenne, the Panamera being added seven years later.

The Cajun will be slightly lower and shorter – but wider – than the Audi Q5, which reflects the fact they’ll share key underpinnings, much as the Porsche Cayenne has been a fraternal twin of the Volkswagen Touareg.

Key “hard points,” as industry engineers like to call them, will be shared with the Audi, notably including the firewall, roof pillars and windshield angle.  But all sheet metal will be distinct to the Porsche Cajun, along with the larger, wider wheels and tires.

The interior will also be unique to Porsche, with a next-generation Boxster-derived instrument panel, sporty seats and steering wheel, among other touch points.

There’ll be some significant component sharing, however, including the Audi-based chassis, suspension, steering system and Quattro-based all-wheel-drive system.  But look for distinctive Porsche touches, including optional carbon-ceramic brakes and a switchable exhaust, as well as the Sport Chrono pack.

There are three powertrains under development, starting with the 3.0-liter V6 that will be shared around the world.  It is expected to turn out 290 horsepower and 295 lb-ft of torque.  A Cajun Turbo S is also reportedly coming, and will use twin turbos to bump hp to around 350.  The third engine, a diesel, may also come to the States, according to various reports.