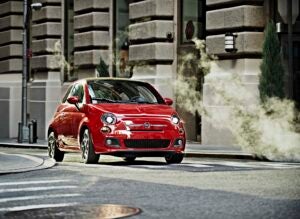 Numbers have a specificity that is irresistible to our embattled minds. That’s why cops give you a ticket for 87 mph in a 75 mph zone and not to someone else for “unimaginably idiotic attempts to maneuver an automobile in the presence of others.” The mildly observant might well see more of the latter but a radar gun communicates in numbers and not judgments.

The absence of judgment when it comes to dealing in numbers is also commonly evident in the fascination with such statistics as 0-60 times and miles-per-gallon.

The latter I’ll deal with at length but first a word about the sad young (I’m assuming) car buffs who write to magazines saying: “you rated XCar over YCar yet your own statistics show YCar did 0-60 in 5.9 second and XCar couldn’t even get under  6 seconds”.

Would that the real world were so simple.  Do I need to go into the variables inherent in registering a 0-60 time? Start with driver, weather, altitude, density…?  Most of those factors also matter in what is now the numbered statistics under constant discussion on the Web these days…miles per gallon. As If this number is now the major deal breaker when it comes to deciding which small car to buy.

Indeed, maybe it is. But should it be?

My interest was aroused by some threaded discussion on the Internet to the effect that the new Fiat 500, admittedly cute as a zipper, was doomed in the US market because even with a 1.4 liter engine it is EPA rated at “only” 38 mpg highway with the manual transmission, not the best choice for the market. The Ford Fiesta, the Elantra, among others, were all cited as getting 40 mpg and thus would be chosen over the Fiat by Americans.

Lots of conclusions leapt to here. Have we yet reached that surge in fuel prices that prompt Americans to make fuel economy the dominant factor in picking a car? These opiners seem to think so. And is coming in two mpg short of the competition really the tipping point?

Consider first the EPA figures. You know of course this is not a real world test but a computer simulation of a road circuit. The current representation is far more accurate one that was used for many years, having been revised for the 2008 model-year to try to recreate numbers motorists might actually get. But still these figures are  best considered an index, numbers to be compared with those on the sticker on other cars. You can infer from them a general idea how each vehicle might do in your hands.  And under your right foot.  And with your traffic and your hills and your climate and your altitude. And attitude.

The variables are so great the very same car can vary in its real-world mileage by, easily, 10 mpg or more.

A few years ago at the introduction of the Mercedes-Benz E class BlueTech (clean diesel) held in West Texas there was an after-lunch competition announced. The cars were all fueled to the same capacity. The route was the same. The drivers using the least fuel to get back to the hotel in San Antonio would win.

Nearly everyone hastened to pump their tires up just short of explosion to assure the least rolling resistance. And the most uncomfortable ride, of course. Air conditioning was shut off — on one of the hottest days of the year. No music or news. Basic driving.

Not us. “We are going to drive as fast and as aggressively as we normally would. No dangerous coasting and variations in speed. No slipstreaming smelly semis in the drivers’ blind spot. No added psi in the tires beyond what’s recommended. We’ll see what this engine does despite us, not because of us.” and what it did, this big comfortable Mercedes, was 33 mpg. Good enough for last place.

The miserably hot, stressed winners got 47 mpg. They reached the hotel two full hours after we did. When asked for my thoughts as I was handed the booby prize I said: “We can still buy fuel; we can never buy time.” So it’s what’s important to you. Clearly a diesel engine will get better mileage than even many hybrids but unless you live downwind of a coal-powered generator you might believe plug-in and battery-run cars are inherently cleaner.

But the point of this tale is to demonstrate how much the manner in which a car is driven determines how closely the window sticker will be to real world results. The two-miles per gallon difference between the Fiat 500 and, say, a Ford Fiesta can be erased or reversed by your warming your car up on a wintry morn or not, by your making lots of left-hand turns at traffic lights, or letting the engine run while your passenger hops out to grab a newspaper.

Idling is the least productive thing an engine can do. An engine running in a car at rest is getting 0 mpg whether you are inching your way through a drive-through line at the cleaners or a fast-food joint. Or if you’re waiting for a line of traffic to pass so you can turn left.

However cute a mini Darth Vader may be in a commercial, the remote starter is a devout enemy of gas economy. Idling an engine to cool or warm a car’s interior is your choice — but remember, comfort costs. In the days of carburetors the break even point of letting an engine run or the extra cost in fuel in restarting was judged to be a minute. Now it is about 12 seconds. That’s the basis of the stop-start systems which may well be the norm soon. Your car stops for a light, your engine stops. Press the gas pedal it starts. Seamless and saving.

And yes a driver can manually turn off an engine and restart it at a light and save but imagine the potential for chaos if we encouraged all drivers to do that. Most are hardly attentive enough to even move in timely fashion let alone restart a car.

But you, always alert of course, can make choices in driving to lessen your idling time and thus save fuel. Anticipate the movement of cars ahead of you and choose your lane accordingly. Vary your speed to time lights better. Plan your errand route to avoid left hand turns which more often involve waiting for oncoming traffic. ( Delivery companies lay out their stops in a clockwise pattern to maximize right turns.)

And as you are inching through a line at a fast-food emporium consider the energy you are using. It is called gasoline or diesel or maybe electricity. If you had parked your car and walked inside you would also be using energy. But that is called calories. Your choice.