GM Will Increase Investments in China 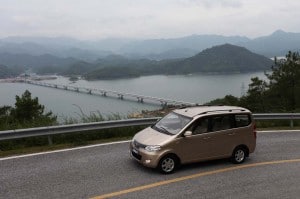 If you didn’t know it, China is awfully important to General Motors.

GM chairman and chief executive officer Daniel Akerson traveled to the booming Asian nation, this week, and emphasized that China remains critical to GM’s future – and will continue to see more and more investments dollars.

“As our largest market, China played a significant role in GM’s success in 2010. We will continue investing aggressively in China to ensure the long-term success of our company.” Akerson said.

GM’s strength in China was instrumental last year in moving the company into a position where it came within 30,000 units of overtaking arch-rival Toyota, the world’s largest automaker.  GM also became the first automaker to sell more than 2 million vehicles in China during a single year, in 2010.

“GM’s success in China is the result of our strategic approach to doing business in this country. The foundation is great product, a consistent focus on understanding and meeting the needs of local consumers, fantastic partnerships, and a dedication to bringing the latest industry technology to China,” the GM chairman said.

The approach has enabled GM to remain the sales leader among global automakers in China for the past six years. By the end of 2010, GM and its joint ventures went on to sell a record 2.35 million vehicles in the domestic market, Akerson noted.

“We plan to introduce more than 20 new and upgraded models over the next two years, strengthen our local product development capability, expand our cooperation and sharing of technology with local partners, and lead in the introduction of new energy vehicles including the Chevrolet Volt extended-range electric vehicle.

All of this is part of GM’s long-term commitment to the sustainable development of China’s automotive industry, the CEO stressed.

“We regard our 11 domestic joint ventures as 11 keys to our success in China,” and the rest of the world, Akerson said. “To remain a global industry leader, GM must remain an industry leader in China.”

China is now the world’s largest market for new vehicles. Sales in China totaled more than 19 million units in 2010 and could approach 20 million units in 2011.  That would be a world record – and one reason, according to a new report from J.D. Power & Associates why vehicle sales around the world are also likely to set a record this year.  (Click Here for that story.)

“If new light-vehicle sales reach their expected levels, this would be 6 percent higher than the 2010 total, which shattered the previous record of 70 million units set in 2007,” the J.D. Power report said.

“China continues to be the market to watch in Asia, and the driver for global market growth,” said John Zeng, director of Asian automotive forecasting at J.D. Power Asia Pacific, Shanghai.

“China’s automotive market remained robust in 2010, defying all expectations that the market would slow along with the economy. We expect sales to slow somewhat in 2011, but still maintain double-digit growth,” Zeng said.