AWD or Stability Control: Which Is More Important?

Stability control may be the most important auto safety technology in a generation, but there's still a place for AWD. 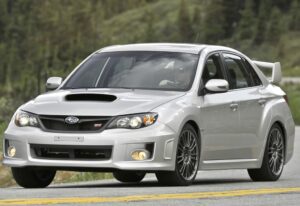 Subaru's WRX STi puts its power to all four wheels.

The day after this week’s blizzard, a co-worker asked if I had driven my all-wheel-drive Subaru or the 2011 Buick Regal I happened to be testing.

AWD traction would seem to be a big advantage, and considering that I have a 55-mile commute, I’ll take all the advantages I can get.

But the Subaru is a 10-year-old warrior, so, while it does have anti-lock brakes, it doesn’t have the latest safety devices such as traction control or stability control. So, even thought the Regal puts power down through its front wheels only, I’ll take the modern car in most circumstances over the older one, even if it is driving all four wheels. 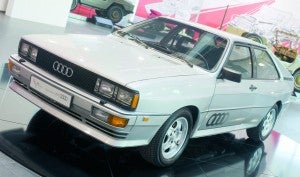 But even more important is stability control. This ground-breaking technology is probably the most important safety advance since the seatbelt. It works by selectively braking individual wheels to help the driver regain control of the car on slippery roads. It does this by constantly examining the steering angle compared to the direction the car is actually traveling.

Click here to view a information from IIHS including stability control.

Automakers and the National Highway Transportation Safety Administration agree. For 2010, 88 percent of cars came standard with ESC, according to the IIHS. In addition, 100 percent of SUVs had the technology and 62 percent of pickup trucks had it. For 2012, the government has mandated that all cars and trucks sold in the U.S. must have stability control. This is one government mandate that truly makes sense.

But stability control doesn’t make AWD irrelevant, in my eyes.

Since I first read about the original Audi Quattro of the early ‘80s, I’ve been a fan of AWD cars, particularly sports cars. The idea of having an all-weather sports car, is truly appealing. In Michigan, it means you don’t have to put your fun car away for the winter while you wait out the snow.

Yes, you can put snow tires on a Chevrolet Camaro SS and drive it in the winter. I’ve done it. But it won’t be very much fun. It will never feel comfortable. Put the power to all four wheels in a sports car such as a modern Subaru WRX, though, and now you’re talking winter-style driving fun. Yet it’s still fun in the summer, too.

All-wheel drive makes far more sense in a big-power car than front-wheel drive. It’s why I loved the short-lived AWD 2007 MazdaSpeed 6, but cannot stand the FWD MazdaSpeed 3. With the same intense turbocharged-four cylinder engine, they’re both powerful smallish cars. But the MS3’s monster torque steer is unseemly. It threatens to wrestle control of the car from the driver, as if a possessed demon lurks under its hood. But the MS6’s all-wheel drive allows the car to put all of its power to use in almost every situation. They are completely different cars, mainly because of which wheels get the power.

So, all-wheel drive will always have a place, but in many respects a combination of traction control and stability control will provide the desired performance, even if the roads are coated in snow.