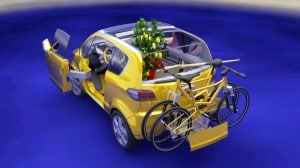 A small Mini competitor is coming from Opel courtesy of U.S. taxpayers.

Opel/Vauxhall will build its latest model, an all-new car smaller than the sub-compact Corsa, at its Eisenach plant in the East German state of Thuringia, General Motors Company has confirmed.

Earlier this year the German government – facing a taxpayer revolt and big deficits – refused to provide €1.1 billion in subsidies GM wanted for Opel, saying the company had enough cash to keep Opel running by itself. The cash, of course, came from U.S. taxpayers, who along with the United Auto Workers Union now own the biggest stakes in the company, which employs about 24,000 people in a reunited Germany. The GM bankruptcy bailout by taxpayers remains politically unpopular in the U.S.

The €90 million investment announced by GM appears minimal since an existing production line will be used. Nonetheless, because it will be U.S. taxpayer financed, it could cause controversy during the upcoming U.S. Congressional elections.

“This is a further milestone in the growth strategy for our business,” said Opel/Vauxhall CEO Nick Reilly, who is attempting to reverse precipitous drops in both sales and market share at the ailing maker.

GM said in a statement that the “stylish and fuel-efficient car is targeted at the segment below the Corsa.” Opel along with Ford Motor Company missed the premium B-car segment, which BMW’s Mini now dominates.

Opel said at some point the new car might also spawn a battery-electric version for European cities, which would make it eligible for special road access and further taxpayer subsidies. Currently, the Opel Ampera version of the Chevrolet Volt electric vehicle is due to be built in Michigan next year and exported to Europe.

Opel is also working on a small sport utility vehicle to fill another large hole in its lineup.

Opel/Vauxhall came to post cold war Eisenach in 1990, forming a joint venture with Automobilwerke Eisenach (AWE). The newly-built plant was subsequently opened in September 1992. To date, Opel/Vauxhall has invested €1.5 billion in the site. Opel Eisenach has 1600 employees, who are currently building the three-door version of the Corsa.

The decision to build the small car in Eisenach also helps Opel/Vauxhall’s manufacturing plant in Zaragoza, Spain, according to GM. As the new car enters production in Eisenach, Zaragoza will receive additional Corsa production volume.  As a result, both plants will be able to produce volumes exceeding current levels. 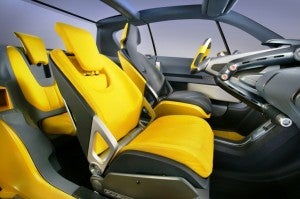 Small but cute, the Opel Trixx was first shown six years ago before the Gm bankruptcy.

This announcement is the third from Opel/Vauxhall in September. The U.S. taxpayer-owned company will enlarge its Kaiserslautern plant as a component manufacturing center and expand production of 2–liter diesel engine in Szentgotthard, Hungary.

“We are moving forward swiftly with our growth plan,” claimed Reilly. “Whether we’re talking about customer-focused initiatives such as our unprecedented Lifetime Warranty program, the signing of Lena Meyer-Landrut as an Opel brand ambassador, or a series of investment announcements, it is obvious that Opel has gained a substantial momentum on its way to a successful future.