New Alabama plant will make utes instead of cars. 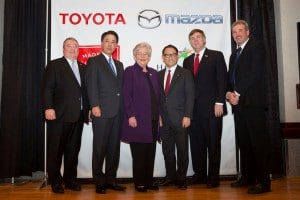 Mazda had already planned to build SUVs at the Alabama plant it shares with Toyota. Now Toyota is too.

Despite the moves by domestic automakers to shift their production away from sedans, many executives at competing automakers have pledged ongoing support to the car market.

It wasn’t too long ago that Bob Carter, executive vice president – sales for Toyota Motor North America, said the Japanese automaker has every intention of remaining in the passenger car business.

He noted that despite the popularity of trucks and SUVs, consumers in the U.S. are expected to buy 4 million passenger cars this year. “At 4 million units, the passenger car market is bigger than the market in most countries,” said Carter. “Cars are very important.”

Carter’s remarks were similar to those of Toyota North America CEO Jim Lentz, who reinforced that Toyota will remain a full “full-line manufacturer” in the U.S. even as demand contracts sedans and compact cars shrinks.

In fact, that commitment shone through when Toyota said it would partner with Mazda and build a $1.6 billion plant to build new Corollas in Alabama. Car people could rejoice — until now. With Corolla sales in the U.S. down 5% this year, Toyota’s pulling an about face. 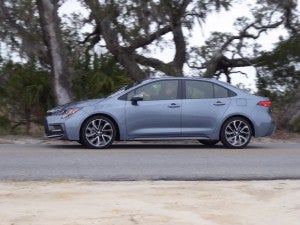 Toyota was going to build the 12th-generation Corolla at its Alabama plant. (Photo credit: Ron Sessions)

The automaker said on Wednesday it will build a new sport-utility vehicle at a $1.6 billion joint venture assembly plant in Alabama rather than produce Corollas. The automaker still expects to start production in 2021.

Last week, the company said U.S. Corolla sales fell 5% in the first six months to 152,868, while overall Toyota car sales fell 8%. Its U.S. SUV sales only fell 1% over the same period, Reuters noted. Corolla fans need not worry as the automaker will continue to build them at its Mississippi plant.

And Mazda? It’s been on the SUV track all along, saying at the ceremony marking the deal that it would build a new SUV at the joint venture plant. Overall, SUVs make up 50% of all new vehicle sales in the United States.

Not surprisingly, Toyota’s RAV4 leads the way so shifting production to the midsize ute and away from the slow-selling simply makes good sense. Aside from the aforementioned Ford, GM and FCA, as well as Mazda, other makers have been taking up the “SUVs are good” mantra. 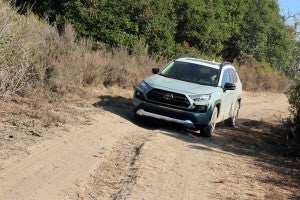 Toyota shifted production at its new plant in Alabama to SUVs.

Hyundai is perhaps the most visible practitioner of this push to sell more utility vehicles to keep pace with changing tastes. The South Korean automaker went from just two offerings – the Tucson and Santa Fe – a few years ago. The company now has seven utes ranging from a subcompact, entry-level model, the Venue, to the eight-passenger Palisade.

The trend is expected to continue with Genesis, Hyundai’s luxury brand, adding two new utes. Even high-priced brands like Jaguar, BMW, Mercedes-Benz, Bentley, Rolls-Royce, Ferrari and Lamborghini have either added a ute or plan to do so shortly.