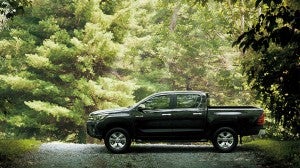 Toyota plans to build the Hilux in a new $52.6 million plant in Myanmar starting in 2021.

Automakers are surrounded by uncertainty on multiple fronts created by the demands of everything from new technology to political uncertainty and challenges to the global trading system. These demands have also been the catalyst allowing the industry to flourish during the past half century.

Toyota Motor Corp. recently indicated that it is still optimistic about prospects for future growth with the announcement that it plans to build its first assembly plant in Myanmar to produce Hilux pickups starting in the first quarter 2021.

“We believe that the longer-term growth potential for new vehicles sales in Myanmar is substantial, due to the country’s large population which is relatively untapped by automakers,” noted analysts from Fitch Group, leading financial information company.

“We forecast Myanmar’s passenger vehicle fleet to expand by 13.6% in 2019, followed by an annual average growth rate of 12.7% over the remainder of our 2019–2028 forecast period to reach a fleet size of around 2.5 (million) units by the end of 2028, three times the estimated fleet size in 2018,” they said in a comment on the Toyota investment.

(BTS: How Toyota and BMW teamed to develop the new Z4, Supra. Click Here for the story.) 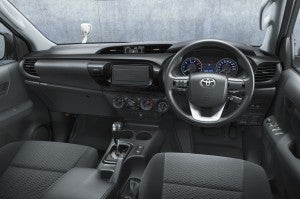 Strong demand for the Hilux and restrictions on imported used cars created an opportunity for Toyota.

Toyota’s first entry into the new market is relatively small. The auto giant plans to establish its Myanmar unit, Toyota Myanmar Co., this month and construct a brand new plant in the Thilawa Special Economic Zone in the southern suburbs of Yangon for the relatively modest sum of $52.6 million.

Initially, Toyota said it plans to hire about 130 employees to build 2,500 units of Hilux trucks annually. But demand for new vehicles on the back of the country’s rapid economic growth is rising, Toyota officials said.

“Toyota will strive to provide products and services that continue to meet the needs of customers in Myanmar,” the automaker said in a statement.

In Myanmar, an emerging Southeast Asian economy with a population of around 50 million, new vehicle sales more than doubled to 17,500 units in 2018 from the previous year, according to the Automotive Association of Myanmar.

Toyota, which has been exporting finished cars to Myanmar, said it decided to launch local production amid expectations for further expansion in the country’s auto market. Tighter import restrictions on used cars have also led to increased demand for new vehicles in the nation.

Duties and caps on imported cars in Myanmar also played a role in Toyota’s decision to locate a plant to make its vehicles in Mynamar, according to press reports from Tokyo. Myanmar’s neighbors in Southeast Asia, Thailand, Vietnam and Indonesia, already support some form of local car and truck production within their borders.

(To see more about Toyota’s to unleash flood of 19 new products, Click Here.)

The region also has been an important destination, for decades, for vehicles exported from Japan.