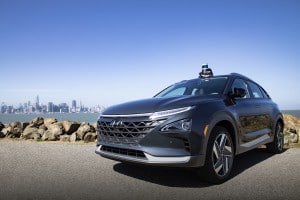 Hyundai and Kia are investing in self-driving startup Aurora to accelerate its autonomous program.

“With the new investment, the companies have agreed to expand research to a wide range of models and to build an optimal platform for Hyundai and Kia’s autonomous vehicles,” Hyundai said in a statement, according to Reuters.

Aurora said in a blog post that Hyundai and Kia’s investment is part of a series B financing round, which has now raised more than $600 million.

Earlier, Volkswagen, which had been a supporter of Aurora, said it was ending its contract the company. Instead the German automaker plans to work with Pittsburgh-based Argo AI, which has been Ford Motor Co.’s partner for autonomous vehicles. 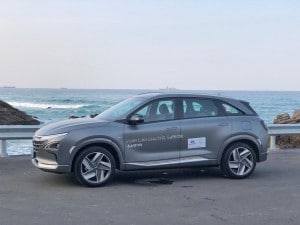 Hyundai's Nexo will benefit from the autonomous software from Aurora.

Aurora just announced a partnership with Fiat Chrysler Automobiles earlier this week but has collaborated with Hyundai on other smaller projects.

“We’ve been working with Hyundai and Kia for the last year to develop the Aurora Driver’s integration into Hyundai’s flagship fuel cell vehicle Nexo. Continuing our partnership, we will expand research and development of a self-driving platform for a wide range of Hyundai and Kia’s models,” the post on Aurora’s blog observed.

“We are pleased with the progress made with the Hyundai and Kia teams,” said Sterling Anderson, co-founder and chief product officer of Aurora. “Together with all of our ecosystem partners, we are seeing the convergence of a powerful platform that will deliver the benefits of self-driving technology safely, quickly, and broadly.”

Hyundai’s leadership expressed a similar sentiment about the new relationship between the two companies.

“Aurora is the leading innovator of self-driving technology and we look forward to building a stronger collaborative partnership with them,” said Youngcho Chi, president and chief innovation officer at Hyundai Motor Group. “Working closely with industry leaders around the world will help us develop fully self-driving vehicles that are safe and innovative for our customers.”