GM Wants to be Part of Solution to Climate Change

GM Chairman and CEO Mary Barra said the company is attempting to mitigate its impact on the environment.

General Motors does believe it has to be part of the solution to climate change, said Mary Barra, GM chairman and chief executive officer, during what was billed as the company’s first virtual annual meeting.

Barra said that for some years now GM has heeded the science behind climate change and is taking steps to mitigate the company’s carbon emissions that contribute to global warming.

“We are taking steps,” she said. “About 20 of our plants are powered by renewable energy.”

She added who noted that the company’s shift towards electric vehicles also is driven, in part, by concerns about climate change. “We are committed to an all-electric future,” she said. 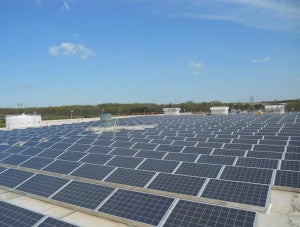 GM continues adding solar arrays at plants around the world.

Barra also said GM’s decision to back out of passenger car segments is not leaving the company vulnerable to a shift in consumer demand for greater fuel efficiency as happened during the last recession in 2008 and 2009.

GM is prepared to tackle such a shift, she said. “What has happened that small and compact SUVs that are very fuel efficient. There are many more fuel-efficient choices. We don’t see a shift like we did in the past and we have new products coming” she said. “We also still sell cars like the Malibu.”

In addition, pickup trucks tend to be insulated from the shifts because buyers use them for work.

Barra also noted GM is no longer trying to be “all things to all people,” she said. Instead it has refined its approach for several years to become a company that is very strategic and very agile, she said.  “We’re very focused on shareholder value. We will continue to act with speed.”

Barra also told shareholders that GM is continuing to work on autonomous vehicles. “We have also worked very specifically on what safety demonstration we have to make,” Barra said. “When GM reaches those milestones, we will then be in a position to launch an AV system in a rideshare environment without a driver.”

Barra, however, offered no additional information on a timeline, though GM has repeatedly said an AV pilot program would be ready this year.