FCA Doesn’t Know the Meaning of the Word “Old” 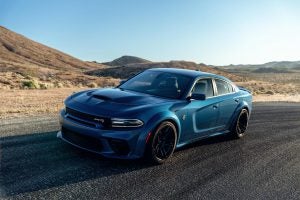 Tim Kuniskis, head of passenger car sales FCA North America, said during session with reporters at an event FCA’s proving grounds in Chelsea, Michigan, that isn’t worried about the age of the platform that underpins its popular muscle cars, such as the Dodge Charger and Dodge Challenger.

“Customers don’t ask about that,” he said. What they care about is performance and features FCA can deliver with car, said Kuniskis, who noted the Dodge muscle cars are holding their own in a tough market for passenger cars.

“We’re down a little but we’re not down as much as the market,” said Kuniskis, who noted that for 2020 Dodge is adding a Widebody Package to the Charger, America’s only four-door muscle car. “I think there is a huge potential for performance cars,” he said. 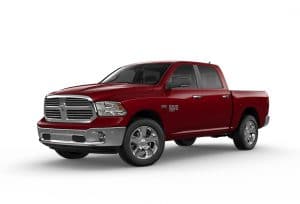 Sales of the Ram Classic have exceeded expectations.

FCA also plans to continue selling the Dodge Caravan minivan, which seemed destined for retirement, Kuniskis said. “We thought we would replace the Caravan with the Chrysler Voyager but there is still a market for the Caravan and we will keep selling it,” he said.

The 2020 Chrysler Voyager, which is due out this fall, was designed with budget-friendly family and fleet customers in mind, FCA officials said.

Standard features and utilities include seven-passenger seating, Apple CarPlay and Android Auto compatibility. Voyager also offers mobility innovations to ensure superior maneuverability and improved ease of entry and exit for wheelchair users. Well-equipped to stand against the competition, the Voyager is a no-compromise minivan at an unbeatable value. 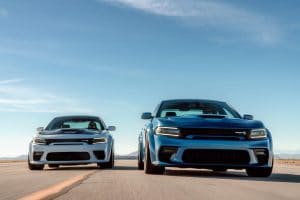 Ram also isn’t about to let go of the Ram “Classic” pickup truck, according to Jim Morrison, who is moving from Ram to become head of the Jeep brand. The presence of the Classic version of the pickup in the Ram line, even as it rolls out a brand-new pick up, has helped Ram close the once formidable sales gap with Chevrolet, he said.

Joe Phillippi, an analyst with Auto Trends, noted the Ram Classic appeals to customers looking for a relatively inexpensive work truck even if it doesn’t have all “the bells and whistles.” The Ram Classic is scheduled to go out of production at some point because FCA needs the plant in Warren, Michigan, to build another vehicle, but Morrison declined to say when.

Kuniskis also said that despite predictions from analysts the brand is doomed, FCA intends to keep selling Fiat-branded products in the U.S. even though sales have dropped dramatically. Dealers are still interested in handling Fiat and there is an audience for the vehicle in some markets, he said. “Buyers are out there,” he said.