President facing heavy opposition – and another trade war with China. 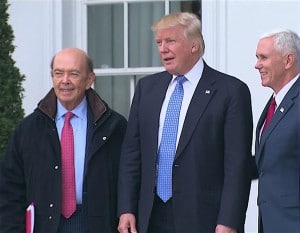 With only three days left before he must decide whether or not to impose new, tariffs of up to 25% on European cars and car parts, President Donald Trump is apparently set to punt, putting off a decision for as much as six months.

The president, along with several key advisors, including Commerce Department Secretary Wilbur Ross and trade adviser Robert Lighthizer, have been leaning towards enacting new tariffs after a Commerce study found that imported autos pose a threat to national security. Others, including chief economic adviser Larry Kudlow have been seen as less in favor of taking action that could, critics contend, actually weaken the U.S. economy.

May 18 would have marked 90 days since the Commerce Department study was completed and served as a deadline for either enacting or rejecting the need for tariffs. While some news reports suggest that the president’s closest advisors continue to debate what should be done, CNBC quotes an administration official and several foreign sources saying that any action will be postponed for up to six months, as is permitted under federal trade legislation.

Had Trump followed through with new duties on European cars and car parts it would have come a week after he enacted new tariffs on Chinese goods. That has triggered an escalating battle, China responding with its own new duties and both threatening to levy even more. On top of that, the administration is facing challenges pushing the USMCA, the successor deal supposed to replace NAFTA, through Congress. He is also considering using the Commerce study to support new tariffs targeting Japan.

(Trade talks with China vital to U.S. companies. Click Here for the story.) 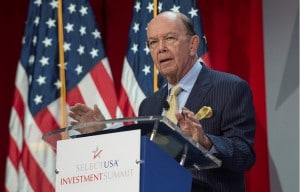 Commerce Secretary Wilbur Ross led the Section 232 investigation into whether or not imported automobiles and parts represent a threat to the United States.

“We are already preparing a list of possible items that would be on that list,” Cecilia Malmstrom, the chief trade negotiator for the EU, said in an interview on Bloomberg Television earlier this week. “The moment this is official – if this happens, I still hope it won’t – then we would publish that list.” Malmstrom said that a response from Europe would “happen quite rapidly.”

Auto imports from Europe totaled $56.4 billion last year, according to Commerce figures, Germany responsible for the bulk of that. The risk of new tariffs sent shares of German manufacturers BMW, Daimler and Volkswagen reeling in recent days. But even U.S. automakers, as well as suppliers and dealers, have been pressing the Trump Administration to hold back on launching a new front in the trade war.

Howard Hakes, the president of the American International Automobile Dealers Association wrote in a blog this week that the Commerce report’s findings were “insulting.”

“Dealers want, and deserve, official acknowledgement that our stores and our products are NO threat to the American way of life,” Hakes wrote, adding that, “We need a commitment from President Trump that auto tariffs – a massive tax hike on Americans looking for safe transportation – are off the table.”

The debate has resulted in some unusual bipartisanship in a capital that has often been gridlocked by political discord.

President Donald Trump had until May 18 to either enact new tariffs on EU autos but appears to be ready to put that off six months.

“We strongly urge you to advise the president against imposing trade restrictions that could harm the auto sector and the American economy,” more than 100 members of the House, wrote to economic adviser Kudlow last week.

It’s unclear whether public sentiment also weighed on the president’s apparent decision to delay. But automakers have been hammering that consumers would be the ones really penalized, a position that economic advisor Kudlow lent credence to last week.

The potential impact of tariffs that could rise to 25% from the current 2.5% on European autos could be substantial, increasing the cost of vehicles like the Fiat 500 or Volkswagen Golf by thousands of dollars. That could jump into the tens of thousands for highline products from brands like Mercedes-Benz or Ferrari.

But even domestically assembled vehicles would be hit, depending upon th level of imported content – which on many products can be substantial. Toyota, which would be impacted by a decision to include Japan in new tariffs, has warned that the cost of a Camry sedan made in Kentucky could rise by as much as $2,000.

Ironically, some critics have argued that new tariffs would actually hurt the bid to export more American-made vehicles. That would be particularly risky for companies like Volvo which only recently launched its first U.S. assembly plant in Charleston, South Carolina. It will be the sole global source of some products, as is the nearby BMW plant in Spartanburg, South Carolina, which has been the largest exporter of American-made vehicles.