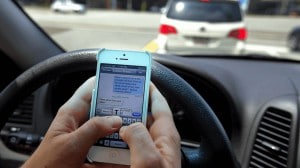 Distracted driving behavior is being punished harshly by insurance companies as the penalty has increased nearly 10,000% since 2011.

Despite the efforts of automakers to make using a cell phone less intrusive and less distracting for drivers, tickets issued for distracted driving are on the rise and so is the price increase for your insurance premium: Nearly 10,000% since 2011.

Drivers cited for distracted driving eight years ago could expected to see their premiums rise just $2 a year. Now, despite the influx of systems like Sync, Apple CarPlay, Android Auto, et al, prices will jump $290 or 19%, according to the 2019 State of Automotive Insurance by The Zebra.

In comparison, the average penalty increase for all other violations including speeding, running a red light, or a hit-and-run was just 34% (or $494) from 2011 to 2018, and averaged 3% from one year to the next. 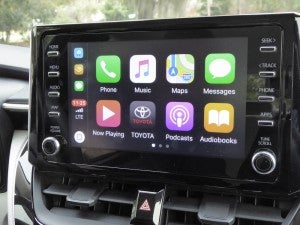 The top five states with the largest premium increases include:

(Click Here to see how Musk’s deal with SEC has some angry.)

If you’re going to get a ticket for distracted driving, the top five states to get it and not get killed by your insurance company include:

Given the amount of data pointing to the continued risk distracted driving is likely to pose, drivers may likely expect insurance penalties for distracted driving to continue – if not increase – in the coming years, the website noted.

Some of the factors almost assuring continued movement is the fact that Americans are driving more than ever, setting new records in each of the last three years for total miles driven. Additionally, more than 80% of the U.S. own a cell phone. Also drivers use their smartphones in nine out of 10 trips, and are on their phones for 3.5 minutes of every hour on the road, according to a 2017 study.