Lotus Goes Electric – But Can That Spark Brand’s Revival? 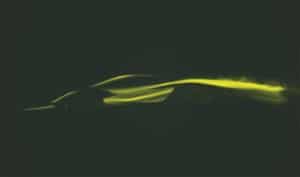 Lotus says the Type 130 will be the first all-electric British hypercar, and one of a number of new models the British sport car company is developing.

Even a cat might have run through its nine lives by now, but British sports carmaker Lotus somehow continues to hang on – and with a fresh infusion of capital from its new Chinese owners, Lotus is bound and determined to make a comeback.

It offered a hint of what’s coming at Auto Shanghai this month, announcing plans to get back into motorsports with its Evora line and teasing a new battery-electric hypercar called the Type 130.

But Lotus is also set to break with tradition in a way that could shock some of its loyal fans, parent Zhejiang Geely Holding Group set to begin producing at least some future Lotus products at a new, $1.3 billion plant in Wuhan City, about as far as you can get from the brand’s traditional base in Britain.

“Type 130 will be the most dynamically accomplished Lotus in our history,” said Phil Popham. “It marks a turning point for our brand and is a showcase of what we are capable of and what is to come from Lotus.”

(Lotus to build car in China. Click Here for the story.)

Popham, a former Jaguar Land Rover executive who joined Lotus after it was sold to Geely in 2017, took things a step further in an interview with Britain’s Auto Express, telling the magazine that, “All-electric cars are part of our future.” He added that Lotus is developing a mix of powertrain technologies and that “BEV will be a part of it.” 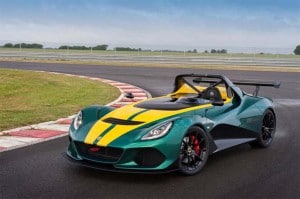 Not much is known about the Type 130 beyond the fact that it is being billed as the “first British all-electric hypercar.” Considering some of the competition now in the works, it will have to truly push to the extremes. Pininfarina, for one, is partnering with Rimac to develop its own all-electric hypercar, the Battista, which will punch out an awe-inspiring 1,900 horsepower, enough to hit 60 in under 2 seconds, with a top speed of 217 mph. Aston Martin, meanwhile, is working on its own hypercar, the AM-RB 003, though it will use a Formula One-derived hybrid system, rather than going all-electric.

How soon could the Type 130 arrive? Lotus says the hypercar is now in the “advanced stages of development.” It has also let slip that the production model will be produced in Norfolk, England, rather than China.

Meanwhile, Lotus is working on another, less exotic sports car that should be out by 2020, marking its first all-new model since 2008. It will also use an electrified drivetrain, Popham confirmed, though it appears to be some form of hybrid or plug-in, rather than all-electric.

Significantly, it will adopt an all-new platform, rather than going with the now-aging extruded aluminum architecture that has been serving Lotus for more than a decade. And Popham, in his interview, suggested that the time has come for Lotus to stop relying on Toyota for engines. He didn’t suggest where else it might turn, but it could find plenty of options within the broader Geely family. 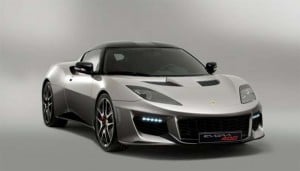 Among the Chinese company’s portfolio, Volvo is already working on an array of electrified powertrains, including both plug-ins and all-electric offerings. Its Polestar sub-brand recently announced its own battery-electric model, the Polestar Two, which follows the plug-in Polestar One to market next year.

A strong Lotus could supplement what Volvo has already done for Geely, Alan Kang, a Shanghai based analyst at LMC Automotive, told the Reuters news service. “For Geely, going high-end can help it take more market share. Geely needs to do that to better compete with global brands.”

Geely has confirmed that Lotus will expand its global manufacturing base, though it has yet to provide specific details about the new Chinese plant. But authorities in Wubei Province have indicated it will eventually have capacity to produce 150,000 vehicles annually. That, of course, far exceeds what Lotus has ever been able to sell. Does Geely think it has the opportunity to reach that sort of number with a broad line-up of fresh product? That remains to be seen.

Of course, this wouldn’t be the first time ambitious plans were laid out for the long-struggling British brand. Its former parent, Indonesia’s Proton, announced plans to launch five new products during a Paris Motor Show news conference in 2010. That project never came close to fruition. But while Proton may have been ambitious, it never had the deep pockets of Geely, something the Chinese company has demonstrated with its aggressive efforts with Volvo.

(Geely readying to plow $1.9 billion into Lotus expansion. Click Here for the story.)

Whether it can pull off a similar turnaround with Lotus should become apparent during the next couple years.