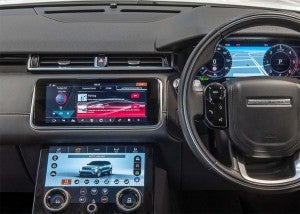 How much are you willing to let outsiders know about how, and perhaps even where, you drive? That’s becoming an increasingly serious question in an era when businesses crave getting as much information as possible about customers.

Pretty much where and when you drive, your phone will be tracking your movements. And Progressive and several other insurance companies are offering motorists discounts if they’re willing to use a device that tracks how a customer drives. The more sedate you operate your vehicle, they promise, the lower your insurance rates.

Now, Jaguar Land Rover is teaming up with the IOTA Foundation, a German cryptocurrency group. It is rolling out a program that would let motorists trade what it describes as “useful” data in return for crytofunds that could be used to pay for such things as parking, electric car charging, or even coffee.

“In the future an autonomous car could drive itself to a charging station, recharge and pay, while its owner could choose to participate in the sharing economy — earning rewards from sharing useful data such as warning other cars of traffic jams,” Russell Vickers, Jaguar Land Rover Software Architect, said in a statement.

The vehicles could also help pass the word around that there are potholes or other problems, along roadways, warning other drivers or passing word  to authorities. 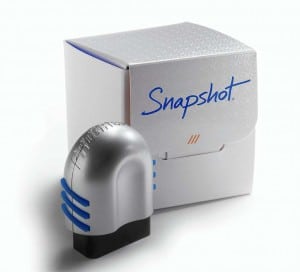 The Progressive Snapshot tracks the way a motorist drives and can impact insurance rates.

The funds would be kept in what JLR is calling a “smart wallet.” JLR apparently opted to work with the German non-profit because of the way it operates its crypocurrency — and because it doesn’t levy transaction fees. Each IOTA coin, incidentally, is worth about 27 U.S. cents.

The project is currently making its debut in Shannon, in the Republic of Ireland. But the automaker is considering the possibility of rolling it out to other markets should it prove popular with its customers.

The automaker estimated that as many as 75 billion devices could be connected to the IOTA network by 2025.

The decision to start in Shannon appears to have been made as a matter of convenience.

“Our Shannon software development centre is advancing the use of cryptocurrency to make people’s lives better, by allowing drivers to safely share data and make payments from their vehicle,” added Nick Rogers, JLR’s executive director of product engineering.

Whether the project takes hold is far from certain. There’s been a strong and growing backlash to perceived intrusions into personal privacy, especially in Europe where regulators have enacted a number of consumer-oriented rules limiting what corporations can do.

But JLR is hoping that by offering a cash reward it could get motorists interested in the project. And it appears to be focused on providing information that actually would help improve traffic flow and help reduce crashes, rather than providing personal data that could be used to pitch goods and services, the bane of anyone who uses the Internet.