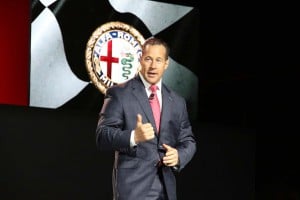 FCA's Reid Bigland said the automaker had a good "cadence" to sales in January, despite the frigid weather.

Despite the government shutdown that neutralized sales in the U.S. Capitol and polar weather in the Midwest, Fiat Chrysler Automobiles N.V. and American Honda reported sales increases for the month of January, while Toyota and Nissan reported that sales dropped.

“In spite of some frigid January weather, we remain bullish on 2019 given the continued underlying strength of the U.S. economy,” said U.S. Head of Sales Reid Bigland. “We expect a good cadence of new product throughout the year led by our Ram heavy-duty pickup trucks and Jeep Gladiator midsize trucks in the first half of this year.”

“Our Honda and Acura dealers delivered a strong January and have put us on course for a fast start in 2019, despite extreme weather conditions throughout much of the country during the last week of the month,” said Henio Arcangeli Jr., senior vice president of the American Honda Automobile Division. 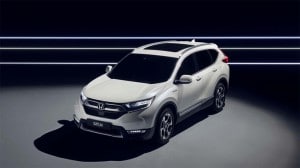 The new Honda CR-V was a strong seller in January, seeing a 20% uptick.

“While solid sales of our light-truck offerings continue, our balanced results across other segments of our business further showcase real consumer demand beyond trucks and SUVs.”

“We are pleased to have achieved our best January sales month ever for Jaguar Land Rover in the U.S.,” said Joe Eberhardt, President and CEO, Jaguar Land Rover North America, LLC. “Our business is well positioned as our SUV sales continue to surge with record breaking sales results for both Range Rover Sport and Land Rover Discovery.”

Lexus posted January sales of 17,420 vehicles, down 2.8% on a volume and a DSR basis. In a market dominated by trucks and SUVs, sales of the Toyota Corolla increased by 17.3%.

“First, Tesla has approached BMW and Mercedes-Benz U.S. sales numbers in recent months with even stronger transaction prices. Also, full-size trucks are more popular than they have been for over a decade, and the new Chevrolet Silverado, GMC Sierra and Ram 1500 pickups helped drive prices up,” Fleming said.

(To see more about VW grabbing the global sales crown for 2018, Click Here.)

Analysts from Edmunds, meanwhile, reported that the “evaporation” of zero percent financing deals, the average annual percentage rate on new financed vehicles hit the second highest point in 10 years in January, averaging 6.19%, compared with 4.99% last January and 4.22% five years ago.