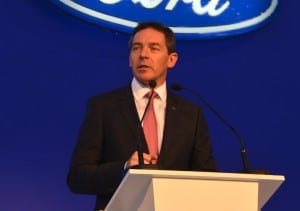 Steven Armstrong, Ford of Europe's chief, confirmed the unit is taking measures and examining other options to become profitable.

With speculation swirling about the details of an almost certain link up between Ford Motor Co. and Volkswagen AG, the company announced it plans to cut “thousands” of jobs in Europe in the near term.

“We are taking decisive action to transform the Ford business in Europe,” Steven Armstrong, group vice president, Europe, Middle East and Africa, said in a statement on Thursday.

Ford Europe has been a money loser for several years and now needs to restructure its operations to turn that trend around. The unit employs about 53,000 people.

General Motors’ move to sell off its long-struggling European operations to France’s PSA Group only ratcheted up pressure on Ford Europe to sink or swim.

While the company confirmed it plans to take action, it didn’t offer specifics, particularly how many jobs cuts can be expected.

(Ford and VW could roll out deals over next six months. Click Here for the story.)

“We believe Ford Europe could require as much as a 20 to 30% reduction of capacity and headcount,” Morgan Stanley analyst Adam Jonas said in a note on Thursday. 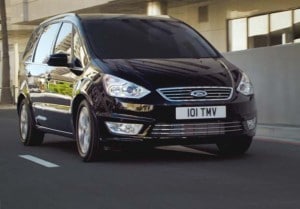 Ford is looking to shed its minivan production in Europe.

Ford confirmed it will get out of the family vans or MPV segment. It is likely to pull out of highly volatile Russia. The company also plans to combine the headquarters of Ford UK and Ford Credit into one location in Dunton, Essex, as it looks to achieve a 6% operating margin in Europe.

“We want to be a net contributor of capital and not a net detractor,” Armstrong told journalists, according to Reuters.

Ford Europe reported a $282 million loss before interest and taxes in the third quarter, equivalent to a negative 3.3% EBIT margin, according to the company.

Another part of the reason for the restructuring is due to the drop in demand for diesel cars in Europe. Many countries are instituting tougher emissions standards that even modern-day diesels cannot meet. This is forcing Ford and others to invest more heavily in alternative vehicles, like battery-electrics.

That’s one area where an alliance with Volkswagen AG could prove helpful. The German automaker is committed to having more than 50 electrified models available by 2030. Speculation about the looming partnership between Ford and VW includes the American automaker borrowing or licensing VW’s electric vehicle architecture.

The two automakers haven’t confirmed anything, but have been engaged in talks – initially centered on commercial vehicles – for several months. Yesterday, chatter began about a possible announcement of these plans during the North American International Auto Show in Detroit, but Ford officials told TheDetroitBureau.com nothing is definite.