Electric vehicle sales are up 300% year-to-date in California.

EVs accounted for 4.1% of the vehicles sold in California while plug-in hybrids accounted for 3%, according to Veloz, which tracks the development of EV sales in the state.

“It’s no longer a matter of whether electric vehicles will take off, but how soon,” said Josh Boone, executive director of Veloz, public-private coalition of major electric car industry stakeholders, told TheDetroitBureau.com. California hit the 500,000 electric-car sales milestone in November.

Veloz’s monthly “Sales Dashboard” shows total sales of electric cars in the state was up 30% from the month before and 164% from a year ago.

“Reaching 500,000 electric vehicles in California is yet another indicator that the future of transportation is electric. And that future is approaching faster than ever,” said Veloz board chair David Hochschild. “We have seen monthly sales of electric vehicles triple this year and California is well on our way to 5 million by 2030.” 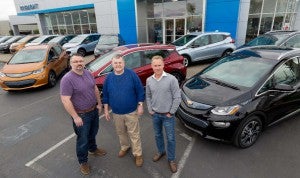 California, as is often the case, is leading a national trend.

““I think what we’re seeing is seismic shift,” not just because consumers are discovering EVs are greener “but they are a better way to drive. They’re fun, fast and quiet,” said Boone.

With the “Electric For All” campaign, even more Californians will know about and experience EVs. “And, like these half-million people, many, many more will fall in love with a better way to drive,” he added.

(Click Here for more about Trump ending EV subsidies by 2021.) 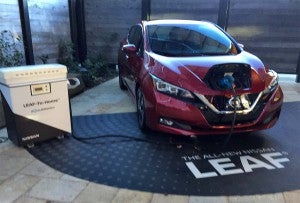 California is looking to further reduce vehicle emissions and the increased sales of EVs helps that.

While California has met its 2025 climate goals, cars and trucks remain the largest source of emissions in the state and generated a 2% increase in emissions in 2016. Smog, soot and climate pollution from cars costs the state $15 billion dollars.

However, even with California capturing almost 50% of national electric car market, almost 70% of counties across the state received a failing grade for ozone pollution caused by tailpipe emissions.

Veloz recognizes that while electric car sales are increasing at a rapid clip, it is not happening fast enough to achieve the deep cuts in emissions that the state needs to achieve to protect people’s health and curb negative impacts on the environment. That is why it launched the public awareness campaign “Electric For All” to educate and inspire Californian’s to drive electric.

The time needed to reach each consecutive million electric cars sold has shrunk from 17 months for the second million to six months for the fourth million — rate faster than anyone anticipated.

It took Norway a decade to reach 6% electric car sales but then only five years to go from 6% to 47%. Electric car sales are expected to represent 28% of global light-duty vehicle sales sometime shortly after 2025. Boone also expressed concern that if Trump kills the EV tax credits that could slow — though not kill — the growth of electric vehicles.