A valve spring is root of the problem. 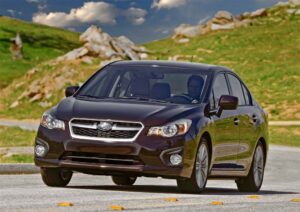 Subaru and Toyota partnered up to build engines and now they are partnering on a recall of about 165,000 U.S. vehicles to resolve an issue causing those engines to potentially stall.

The action covers about 140,000 Subaru vehicles in the U.S. and about 25,000 of Toyota’s now-defunct Scion brand vehicles.

“There is a very small possibility of a valve spring fracture in a very small number of affected vehicles, which could lead to engine noise, malfunction or, in a worst-case scenario, an engine stall,” Subaru said in a statement.

“We are recalling the entire population of vehicles that could possibly be affected out of an abundance of caution. We want our customers to be confident in their vehicles.”

(Subaru ascending toward another annual sales record. Click Here for the story.)

Subaru said it was not aware of any crashes or injuries connected to the defect. Toyota declined to comment on whether it had identified any.