VW Back in the Global Sales Lead, But Toyota Returns to #2

Final months of 2018 could bring an epic battle.

Volkswagen appears to be the top selling automaker in the world with less than three months left in the year.

With 2018 quickly drawing to a close, Volkswagen appears to have cemented the global sales crown to its corporate head, rapidly gaining ground from its two closest competitors.

But rivals Toyota and the Renault-Nissan-Mitsubishi Alliance are facing a classic, neck-and-neck battle that could see them fighting it out until the last sale is counted, according to data compiled by research firm Focus2Move, for second place.

One long-time contender, meanwhile, has dropped out of the race entirely. General Motors, which led the global auto industry for more than seven decades, is well out of the running after selling off its European Opel subsidiary and shuttering operations in several other markets, including Russia and India.

The last few years have been marked by a battle royale as industry leaders have nudged past the 10 million annual sales mark. While GM has been dropping back, the race has come down to VW, the RNM Alliance and Toyota. There was some debate about who actually took the crown last year, though many analysts gave the victory to the Renault group.

Toyota is in a tight battle with the Renault-Nissan-Mitsubishi Alliance for second place in global sales for 2018.

This year, after largely putting its diesel emissions scandal in the rearview mirror, VW has firmly pulled ahead of its rivals, the German maker reporting sales of 7,182,310 vehicles through the end of August, an 8.5% year-over-year increase.

Toyota, according to the Focus2Move analysis, was more than a half-million vehicles behind, with a sales total of 6,649,990. But it could clearly feel third-place Renault-Nissan-Mitsubishi breathing down its neck. The Euro-Asian group reported sales of 6,631,826 for the first eight months of the year, a number close enough to be statistically insignificant and well within range for the alliance to catch up before the end of the year.

Collectively, the three top groups market their products under 21 separate brands. And, collectively, they represented a full third of all new vehicle sales worldwide through the end of August.

GM, on the other hand, is struggling just to stay in fourth place now that CEO Mary Barra has taken the position that the company won’t continue to prop up its operations in markets unlikely to make money. It has cut out a number of emerging markets, including India, South Africa and Russia, but the biggest sign that Barra was serious came with the decision to dump Opel-Vauxhall after years of losses. Sale of the German-based subsidiary to France’s PSA Group was completed last year and, ironically, Opel reported its first year-end profit in nearly two decades.

(Click Here to see more about car buyers and financing.) 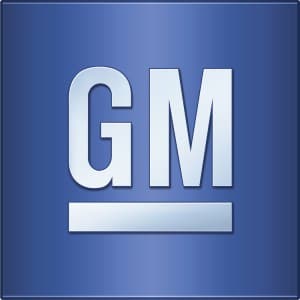 PSA itself is climbing up the charts, positioned as the ninth best-selling automaker worldwide as of August.

Another up-and-comer: Hyundai-Kia which reached the fifth spot with sales of 4,873,652.

Ford, which has been facing its own struggles, especially in the U.S. home market, was a weak number six at 3,667,108 sales. Ford was one of only two automakers among the top 10 to suffer a decline in sales for the first eight months of 2018, a drop of 6.8%.

The other downturn was reported by Honda, in the number seven spot. It sold 3,418,579 vehicles through the end of August, sales dipping 1.0%.

And Suzuki rounded out the top 10 at 2,149,673 sales, despite having pulled out of the U.S. market some years back. It isn’t the only manufacturer in the top tier without a presence in the world’s second-largest automotive market. Renault itself has been out of the States for a quarter century, though its Nissan and Mitsubishi alliance partners still have a strong presence. The PSA Group also is a no-show in the U.S., though the company recently announced plans to return during the next several years. It has not yet announced whether it will do so with the Peugeot or Citroen brands, however.