Investors are “raising a lot of sensible questions,” while the SEC also begins sniffing around.

Investors -- along with the SEC -- are raising concerns about CEO Musk's proposal to take Tesla private.

Barely two days after euphoric investors started snapping up Tesla stock, buoyed by a tweet from CEO Elon Musk suggesting the company was ready to go private, gravity has set in. After nearing an all-time record, Tesla’s share price settling back to barely above where it started.

While the battery-carmaker’s board – along with at least one major investor — has cautiously backed the idea, saying it will now explore the idea of taking Tesla private, there appear to be more questions than answers. One of the uncertainties is how the SEC is viewing what happened this week, the federal agency set to take a close look at Musk’s suggestion that “Funding (is) secured” to make the transition once Tesla stock hit $420 a share.

That number was certainly a big jump from where TSLA shares began the day on Tuesday, just over $340 a share. By the end of the day it had rocketed close to Tesla’s record closing of $389.61. But concerns were apparent almost immediately with some analysts pointing, among other things, to the “420” in Musk’s tweet, a number more often used as slang for marijuana.

“I don’t know where his tweets come from. Maybe he has a joint in his hand,” said Joe Phillippi, a long-time Wall Street analyst who now runs AutoTrends Consulting, said to TheDetroitBureau.com after the run-up began. 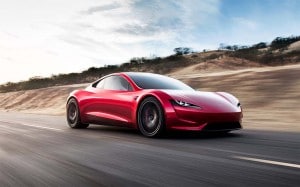 Before things came tumbling back, Tesla reached a market cap of nearly $65 billion, or nearly 20% more than General Motors. To get to $420 a share would drive that to roughly $70 billion, a hefty target for a buyout.

Tesla’s board, largely hand-picked by Musk, appeared to be standing by the CEO, six members issuing a statement saying they had already met last week to discuss the possibility and “how being private could better serve Tesla’s long-term interests.” The meeting, they said “also addressed the funding for this to occur.”

But where that cash would come from is anyone’s guess outside the board. Tesla has some big-dollar investors and, it was revealed this week, had held discussions with Japan’s mega-equity firm SoftBank. The sovereign Saudi Arabian fund has plunked down around $2 billion. But Musk had also suggested he wanted “all” existing investors to stay onboard, using a novel process that would essentially limit those stockholders’ say in management affairs, and even when they could sell off their holdings. 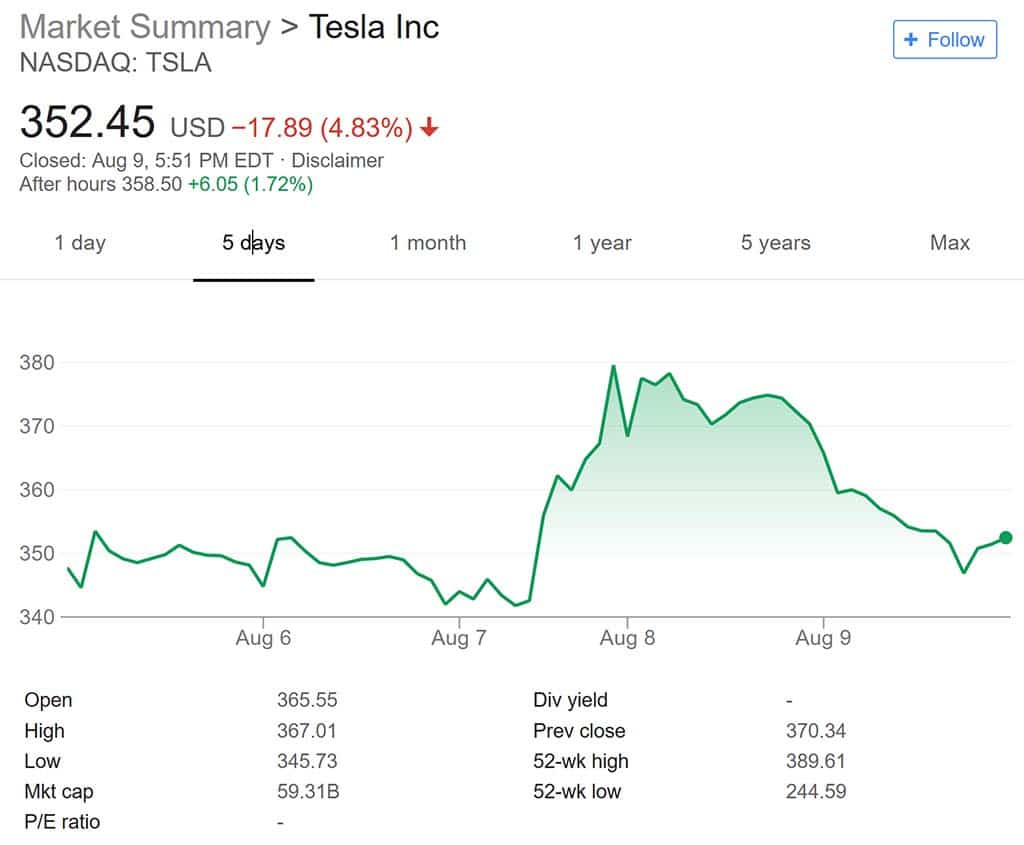 It appears to have surprised few that the SEC wants to dig deeper into what happened this week when Musk decided to stir things up by using a tweet, rather than the traditional government filing. The courts have upheld the right of companies to release news by tweet, but they and their managers still must live with specific guidelines.

Some observers have questioned whether Musk’s original tweet was meant to punish the short-sellers who’ve been the bane of his existence. But intentionally using filings – or tweets – simply to move stock pricing artificially could result in hefty fines or worse.

Whether the feds will actually take action is far from certain at this early stage, but the sharp, downward rebound of the company’s stock price – which closed Thursday at $352.45, a 4.83% decline, suggests Musk will have to prove himself to investors, as well as the SEC.

“What investors are waiting for is more details around what is meant when Elon Musk says funding is secured,” George Galliers, an analyst at Evercore ISI, also said on Bloomberg Television. “They are raising a lot of sensible questions around who would be providing the funding and how exactly this might work.”

(Tesla’s losses doubled during the second quarter. But to see why its stock price soared, Click Here.)