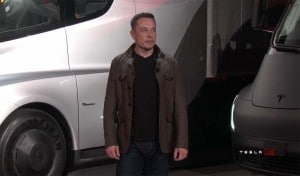 Tesla CEO delivered enough positives in the second quarter to excite investors. The company's stock rose 5% in after hours trading.

Tesla Inc.’s mad dash efforts to meet its ever-shifting production quotas didn’t result in a narrowing of financial losses for Q2, not that CEO Elon Musk implied that. However, the end result was a doubling of losses on a year-over-year basis.

However, the letter produced to explain the quarterly results suggests that only good times are on the horizon despite the company missing analyst expectations for losses this quarter. Ultimately, shareholders were pleased with the results as the stock jumped nearly 5% after hours on the news.

(Tesla faces the “big short” ahead of Q2 earnings announcement. Click Here for the story.)

In short, the company lost nearly twice as much money in this quarter as it did compared with year-ago results, but it is predicting profits starting with Q3, and perhaps just as importantly, it assuaged fears about needing additional capital — at least in the short term.

Tesla opened up the ordering process for the Model 3 to everyone, not just those with invitations.

Executives noted that production numbers are also expected to continue rising throughout the year.

“We aim to increase production to 10,000 Model 3s per week as fast as we can,” the letter noted. “We believe that the majority of Tesla’s production lines will be ready to produce at this rate by end of this year, but we will still have to increase capacity in certain places and we will need our suppliers to meet this as well. As a result, we expect to hit this rate sometime next year.”

And it’s bullish on Model 3 margins increasing significantly throughout the year.

“Model 3 gross margin should grow significantly to approximately 15% in Q3 and to approximately 20% in Q4 predominantly due to continued reduction in manufacturing costs and to some extent an improving mix,” the letter added.

(Tesla demands refunds from suppliers to help it claw back into black. Click Here for the story.)

“Average selling price will remain high for several quarters as we expect a richer mix in the initial wave of Model 3 deliveries to Europe and APAC. We believe future Model 3 cost savings will more than offset the normalization of the Model 3 average selling price in the second half of 2019, resulting in improving gross margins and stable gross profit per vehicle.”