Canada in talks with the U.S. 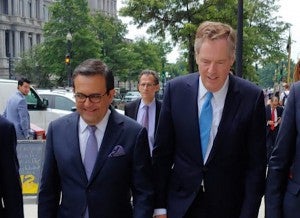 As U.S. and Mexican trade officials wait for Canada to get on board with the new deal expected to be the replacement or update to NAFTA, the existing agreement reveals that it may not be a great pact for American consumers.

New vehicle prices will rise, along with demand for used cars, experts say because the cost for producing the vehicles and components in Mexico is going to increase under the terms of the deal right now.

“The new agreement will push production costs higher on Mexican products — parts and vehicles — which, eventually, will be paid by American consumers,” Michelle Krebs, executive analyst at Autotrader, told the Detroit Free Press.

Much of the reason for cost increase comes from President Donald Trump’s insistence on increasing the percentage of North American-made parts in vehicles imported into the zone. The current level is 62.5% and under the new accord, that rises to 75%. 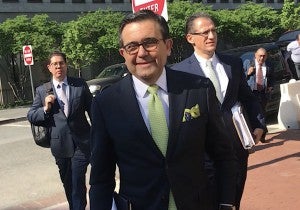 Ildefonso Guajardo, Mexico's economy minister, said that if Canada doesn't sign the deal, the pact between the U.S. and Mexico will need some tweaks.

The deal also would require 40% to 45% of auto content to be made by workers earning at least $16 per hour, Reuters reported. Considering the average wage in Mexico is closer to $5 an hour, it’s likely those components will be made in the U.S., or perhaps, Canada, which is where the price increase will likely occur.

Trump is touting the deal as limited bilateral trade agreement with Mexico that allows for Canada to join in. If Canada doesn’t agree to the new deal by Friday, the president said he will cancel the 24-year-old North American Free Trade Agreement in favor of what he called the U.S.-Mexico trade agreement.

New car prices are going to rise for additional reasons as well, Krebs noted, such as costs related to aluminum and steel tariffs they’ve absorbed.

“Vehicle costs are going up for other reasons as well — higher transaction prices because of the richer mix of utility vehicles, metal tariffs, more technology content,” Krebs said.

“A new NAFTA agreement will only add to the price headwind consumers are already facing. … More people will be pushed out of the new-car market and will turn to the used car market. Already, in anticipation of tariffs, used car prices, which typically decline in summer, have been rising — for 10 straight weeks now.” 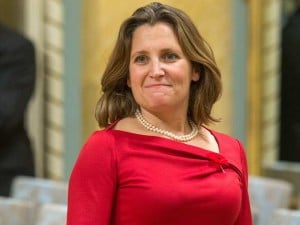 That said, getting a new deal in place with Mexico in concert with the expected approval by Canada is viewed positively by automakers.

“AAPC has supported the negotiations to create a modernized NAFTA, and we are optimistic that the new agreement will maintain and encourage the ongoing competitiveness of the United States and North American auto industries,” said Governor Matt Blunt, president of the American Automotive Policy Council, in a statement.

“We will be reviewing the details to ensure it creates a trade environment that allows FCA US, Ford and GM to continue thriving, creating jobs and growing our economy. We commend the United States and Mexican negotiators for their success and urge them to work with their Canadian counterparts to complete this negotiation.”