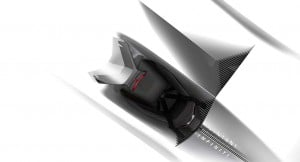 Infiniti is offering a tease of its Pebble Beach Concept.

It’s going to be a busy week when everyone starts rolling into California for the week-long celebration leading up to the annual Pebble Beach Concours d’Elegance. Automakers from around the world are promising to use the Concours and related events as backdrop to unveil an array of production cars and concepts later this month.

That includes Infiniti which today dropped some hints about the electric luxury model it will launch on the Pebble Beach show. While the Nissan luxury brand is being coy about details, it hints that the show car will “underline the electrified performance theme” that it has announced for future products, virtually all models set to be offered with some form of battery-based drivetrain – with an emphasis on plug-in hybrids and pure battery-electric vehicles.

“Our new concept provides clues to where the Infiniti brand is heading,” said the brand’s design director Karim Habib, in a statement accompanying this teaser image. “For us, electrification means performance – our electrified cars will be powerful, efficient, and a joy to drive, and the new concept is a physical representation of our electrified performance future.”

Infiniti was one of the first automakers to announce plans for an all-electric model, nearly a decade ago, but it killed that project because it decided that the Nissan Leaf-based offering simply wouldn’t meet the expectations of luxury buyers. 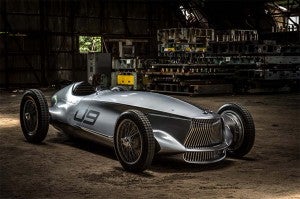 The Infiniti Prototype 9 debuted at the Pebble Beach Concours d'Elegance in August 2017.

“Infiniti will have a specific focus on electrification,” said Saikawa,, adding that, “We are trying to position Infiniti as the premier electrified brand” as part of the five-year Nissan business plan that will extend through 2022.

(Click Here for a look at the retro-futuristic Infiniti Prototype 9 Concept.)

Along with pure battery-electric vehicles, Infiniti will add what Saikawa called e-Power models. These also are referred to as extended-range electric vehicles, and include such models as the Chevrolet Volt and BMW i3 REx. While similar to plug-in hybrids, they use onboard gasoline engines solely as generators to power their electric motors.

The shift to electrification came as something of a surprise, however, as the brand had just announced plans to launch a breakthrough gasoline engine, the VC-T, capable of automatically modifying its compression ratio to balance performance and fuel economy. The VC-T may yet find application in future Infiniti hybrid models, however, company insiders hint. 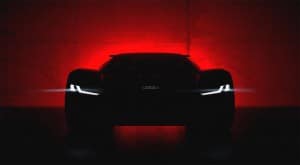 Audi will debut its own electric supercar, the PB 18 e-tron, at the Pebble Beach Concours.

The model coming to Pebble Beach, however appears likely to be an all-electric vehicle. That would surprise few considering the wave of BEVs coming to market over the next few years. Jaguar is just rolling out its I-Pace SUV, while Audi will unveil its own all-electric utility vehicle this year. Mercedes-Benz, Porsche and other luxury marques are also set to enter the emerging sector,

While Mercedes will focus on a lower price point with its upcoming BEV, most luxury brands appear determined to emphasize higher performance products that can recover some of the hefty costs of battery hardware by charging a higher price.

We’re expecting to learn more about some of those plans during the Pebble Beach events, Audi already confirming it will debut an all-electric concept of its own, the PB 18 e-tron supercar.

As for Infiniti, it has frequently turned to Pebble Beach to show off new concepts and production models. Last year, it focused on the Prototype 9 prototype. Infiniti plans to reveal its new concept on August 23rd.

(Click Here for a preview of the Audi PB 18 e-tron concept.)