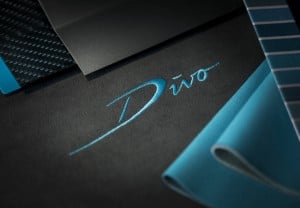 Bugatti is bringing out a new vehicle, the Divo. Only 40 of the racers named after Albert Divo will be made.

Bugatti has finally confirmed long-standing rumors that it is preparing to launch an all-new and “strictly limited” model, dubbed Divo, which is now scheduled to make its public debut during the annual Pebble Beach Concours weekend late next month.

Expected to be based off the same platform as the current Chiron, the Bugatti Divo has been described by some who claim to have seen an early prototype as “controversial.” Only 40 of them will be produced and are expected to be targeted for track use.

“Happiness is not around the corner. It is the corner. The Divo is made for corners,” said Bugatti Automobiles President Stephan Winkelmann in a statement, adding, “With the Divo we want to thrill people around the world.”

At a price of €5 million, or just short of $6 million, the Divo will, according to Bugatti, help revive its “coachbuilding tradition.” In its original incarnation, the French company largely produced one-offs customized for each individual buyer. It was by no means the only carmaker to follow that approach which was shared with such ultra-exclusive brands as Bentley and Rolls-Royce. But coachbuilding largely died out by the end of the Second World War.

(Lottery winner? Here’s a few options for that cash. Click Here for the story.) 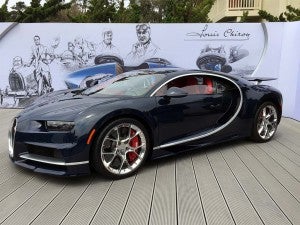 Whether Bugatti will allow for any customization with the Divo is uncertain. It’s not unusual for high-line manufacturers to offer buyers plenty of options to dress up the interior and do minor exterior tweaks, while also coming up with one-off paint shades. But full exterior customization has been a challenge, in part, because of government crash regulations.

While we’ll have to wait to hear details about the new Bugatti Divo, speculation suggests it will share the same, 8.0-liter W-16 engine in the Chiron – which itself costs about $3 million. Whether it will offer the same 1,500 horsepower or more is a significant question.

A significant hint as to what we’ll be seeing comes in the Bugatti press release, the Volkswagen Group subsidiary explaining that Divo’s “lighter weight and agility, higher downforce and greater g-forces promise significantly better handling properties.”

Handling, rather than muscle, appears to be at the heard of what Divo is all about.

(Click Here to check out the Hennessey Venom F5.)

“With this project, the Bugatti team has an opportunity to interpret the brand DNA in terms of agile, nimble handling in a significantly more performance-oriented way,” said Winkelmann. 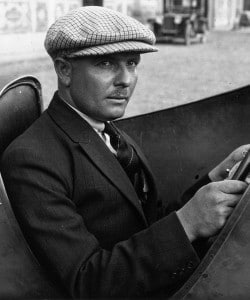 As for the name of the new model, while there may be plenty of divas among those with the wherewithal to buy a car like the Divo, it’s actually meant to honor Albert Divo, the French driver who won the challenging, mountainous Targa Florio twice for Bugatti.

Rumors of a special-edition Bugatti have been circulating for more than a year, and a handful of potential buyers have reportedly gotten a look at prototypes on one, possibly two occasions.

The public debut is now scheduled for Aug. 24 and will take place at “The Quail – a Motorsports Gathering” near Carmel, California. The annual event is part of a series of rallies, auctions and shows capped off that weekend by the Pebble Beach Concours d’Elegance.

Bugatti hasn’t said whether the Divo will also be shown on the “Concept Lawn” at the Pebble Beach show though, in years past, Bugatti has also had its products on display there, as well.