Nearly 1 in 4 Tesla Model 3 Reservations Have Been Cancelled

Number could escalate as production lags, competition heats up. 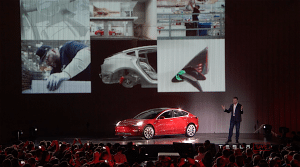 After its debut of the Model 3, Tesla logged about 400,000 reservations for the mainstream sedan — at $1,000 each. Now a quarter want their money back.

While Tesla hasn’t given out precise numbers, it’s believed to have quickly logged about 400,000 advance reservations for the Model 3 battery-sedan, each putting down a deposit of at least $1,000.

But the lengthy delays in getting large numbers of the Model 3 into production have been causing serious problems for Tesla, not the least of which was the record loss the company posted during the first quarter. And the problems could grow worse, even though Tesla CEO Elon Musk told shareholders at the company’s annual meeting on Tuesday that production will “quite likely” reach 5,000 sedans a week by the mid-year mark.

Even if it continues to increase for the rest of 2018, the Tesla plant in Fremont, California, will end the year far short of the 400,000 Model 3 sedans that were expected to be produced for the full year. And with many of those holding early reservations now likely to wait until well into 2019 before they can take delivery, nearly one in four has cancelled their order and asked for a refund.

That not only could impact Tesla’s long-term sales but also its short-term financial situation. If 100,000 buyers ask for their money back that will mean a $100 million hit to Tesla’s bank account at a time when it is struggling to avoid having to raise more equity.

“As of April, 8% of U.S. Model 3 depositors had configured a Tesla for production, while nearly a quarter of deposits had been refunded,” according to a report by data site SecondMeasure.com. “The remaining two-thirds are in limbo—either still holding a spot in the Model 3 queue or waiting for a requested refund to be processed.” 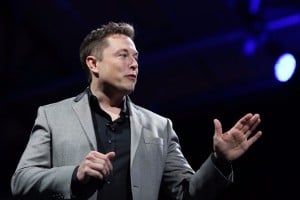 Tesla's Elon Musk provided a positive outlook for Model 3 production for the rest of the year.

But, significantly, they have not yet configured a vehicle, something that would have required them to come up with another $2,500 fee, the site pointed out.

Tesla has not commented on the SecondMeasure report, though it has, on several occasions, confirmed that some reservation holders have been asking for refunds. Significantly, SecondMeasure contends that twice as many refunds have been issued since the beginning of this year as there have been no reservations with $1,000 deposits.

There has been some independent validation. A number of California Chevrolet dealers have reported seeing former Model 3 reservation holders come in to instead purchase Bolt EVs. And that situation could heat up in the months to come as more and more alternatives come to market. Chevy parent General Motors, for one, has said it will have two more all-electric models available by the first half of 2019 – though it is unclear if either will be sold through Chevrolet and if they will come to the U.S.

Other manufacturers expecting to launch battery-electric vehicles, or BEVs, within the next 12 to 18 months include Jaguar, with its I-Pace SUV debuting later this year, and Porsche, with the Mission E sports car. Mercedes-Benz, VW, Volvo and others will follow.

Despite a variety of adjustments and new technology, Tesla is still behind on its initial Model 3 production plans.

Tesla barely produced any Model 3 sedans in 2017, the Fremont plant suffering through what Musk described as “production hell.” It got up to around 2,000 per week by the end of the first quarter and is pushing for 5,000 by the end of June. But that is still short of the ultimate 10,000 production target for Fremont – that figure including the older Models S and X, though the Model 3 is expected to account for 80% of the factory’s overall output.

What could cause Tesla more trouble is the fact that it has so far been building only higher content level versions of the compact sedan, with a price tag averaging about $45,000, or $10,000 more than the figure Musk & Co. heavily promoted when the Model 3 launched in July 2017.

“We would do so now if it was physically possible,” said Musk, referring to the base car, but it won’t start rolling off the line, he added, until “the first quarter of next year.”

That could lead many budget buyers to give up and head to Chevy showrooms, among other options, industry observers have cautioned.

(FCA planning to plug in. Click Here for the story.)

“The reasons for order cancellation are almost entirely due to delays in production in general and delays in availability of certain planned options, particularly dual motor AWD and the smaller battery pack,” wrote SecondMeasure in its report.