“Everything will have a performance element.” 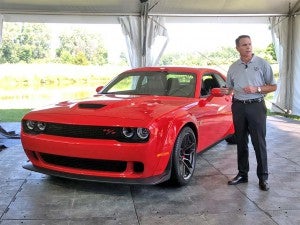 During a daylong session in Milan, Italy, earlier this month, Fiat Chrysler Automobiles’ senior management team offered an in-depth look at the company’s next five-year plan – but they focused all but exclusively on four global FCA brands: Jeep, Ram, Alfa Romeo and Maserati, raising more questions than answers about the company’s two other U.S. divisions, Chrysler and Dodge.

While the fate of the Chrysler brand appears to be far from certain, there’s far more opportunity for Dodge, it appears, albeit as a niche brand increasingly focused on muscle.

“Any vehicle in the Dodge brand going forward will have a performance element to it,” said Steve Beahm, the head of Dodge and the other U.S. passenger car brands, in a conversation with TheDetroitBureau.com.

The marque underscored that focus during an event at FCA’s Chelsea, Michigan proving grounds on Thursday where it unveiled the new 797 horsepower Challenger SRT Redeye, an upgraded version of the brand’s groundbreaking Hellcat model. 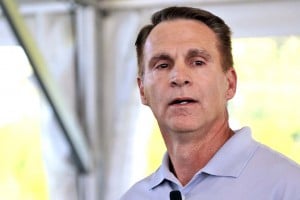 Beahm said that all Dodge vehicles will have some expectation of performance in them.

Dodge is now the only U.S.-based FCA brand continuing to build passenger cars – though both the Challenger coupe and Charger sedan are assembled in Canada. Both are modern incarnations of legendary muscle cars, and while there are base models for those on a budget, though high-performance versions such as the Challenger R/T, Hellcat and Redeye make up a disproportionate share.

And Dodge intends to not only keep it that way, Beahm said, but also build in even more performance options. That includes not only the Challenger and Charger but the brand’s two utility vehicles, the Durango and the smaller Journey.

That’s no surprise, considering the shifting fortunes of the U.S. automotive market. Light trucks now account for roughly two-thirds of total U.S. new vehicle sales, SUVs alone about half the market. Dodge has shown what it can do to live up to its brand image with the Durango SRT. It packs in FCA’s Apache 6.4-liter naturally aspirated ScatPack V-8 engine making 475 horsepower and 470 pound-feet of torque. That puts it into competition with the likes of the Mercedes-AMG GLE 53.

The current exception to the Dodge performance rule is the relatively anemic little Journey. And it’s one of the reasons why analyst Joe Phillippi, of AutoTrends Consulting said he expects it “will be replaced by something with a little more oomph. It’s a little too utilitarian.” 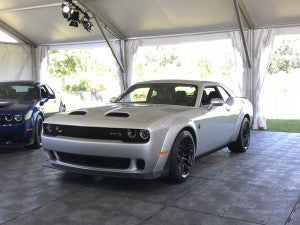 Dodge boss Beahm was vague when asked about future product plans, only responding that “We’ll probably have a similar number of products” by the end of the new FCA five-year plan. “Similar” leaves some wiggle-room, however, and he acknowledged “We’ll continue to look at” options to expand the line-up, perhaps by adding another utility vehicle in a promising segment.

There have been rumors that Dodge might also look at reviving the recently abandoned Viper sports car – the last of which was sold at a charity auction last week, along with the final Dodge Demon, for a collective $1 million.

Observers and some insiders hint that one possibility would basing a new Viper on the architecture being developed for either the upcoming Alfa Romeo 8C or GTB supercars.

(Click Here for more about Fiat Chrysler’s big plans for the next five-years.)

FCA Chief Executive Sergio Marchionne has made a mantra of sharing both vehicle platforms and components across the company’s wide and varied brands. It had been expected that Dodge would adopt a Maserati-based platform for the next-generation Charger and Challenger models. During the Milan event, however, Marchionne said that the plans have shifted because the Maserati “architecture was geared more for a European definition of performance.

While the CEO said Dodge will now go with an update of the current Charger/Challenger platform, that could be misleading, several insiders told TheDetroitBureau.com. That update is expected to be quite radical and will likely incorporate some of the engineering and components under development at Maserati. 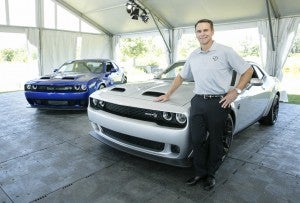 The two European brands are putting a premium on electrification going forward. The new Maserati Blue sub-brand will feature four all-electric models and Alfa has confirmed the 700-hp 8C supercar will be a plug-in hybrid. Maserati/Alfa brand boss Tim Kuniskis told TheDetroitBureau.com that the Italian marques plan to focus on the potential performance boost offered by electric drive.

The question is whether Dodge might take a similar approach. That could very well happen if the Viper were brought back – the second time it would be rescued from the dead.

As to electrifying more conventional Dodge performance products, that’s a different matter and, for now, said Beahm, there’s no plan to plug-in, so to speak.

Chris Cowland, the brand’s head of powertrain development, cautioned in an interview that it would be difficult to “create the DNA people expect from these type of cars” using an electrified driveline. There’s a particular balance of drive dynamics, as well as the sound – and even the under-hood appearance – of a classic V-8 that helps define the Dodge DNA, Cowland said.

But in a fast-changing world, members of the Dodge team acknowledged that they may have to revisit a lot of their plans in the coming years, particularly when it comes to the type of performance cars the brand builds and how it gives them their muscle.