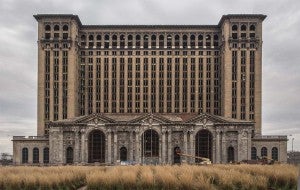 The 18-story Michigan Central Station was once the world's tallest railroad depot. Now it'll be the center of Ford's urban campus in Detroit.

Ford Motor Co.’s ongoing effort to attract young workers to the company by setting up its tech-based operations in Detroit took another step forward today when it announced it completed the purchase of the Michigan Central Station for an undisclosed sum.

The automaker has already set up some tech-oriented operations in the neighboring Corktown district and the acquisition of the train station, previously owned by the Moroun family, which also owns the Ambassdor Bridge, cements the company’s plans for the area.

Company officials declined to comment on what it plans to use the building for, saying it would reveal all of that information on June 19.

The train station and the adjacent book depository will be part of the automaker’s Detroit urban tech-oriented campus, according to multiple reports. Officials have made it clear that Ford is not relocating its headquarters from Dearborn, just its tech-oriented operations related to its autonomous vehicle and electric vehicle groups.

(Ford board may vote to purchase Michigan Central Station. Click Here for the story.) 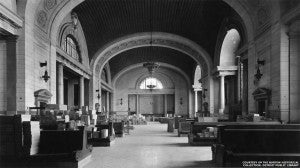 The lobby of the station in better times.

It would join “The Factory,” Ford’s already-in-operation tech site in Corktown. The company has been acquiring additional property in the area to create the campus. Adding the train station, long a Detroit eye sore, will bring all of that into one area.

The world’s tallest train depot when it opened in 1914, the Michigan Central Station served more than 200 trains a day at its peak in the 1940s, but as the automobile took root, rail travel declined and even Amtrak abandoned the station in 1988.

A series of renovation plans have failed to come to fruition and vandals largely destroyed the once-elegant facility’s grand lobby and façade over the years. Current owner Manuel “Matty” Moroun, has been repeatedly faulted for failing to maintain the building, though he recently replaced the station’s windows and fixed some of its elevators, at an estimated cost of $8 million. 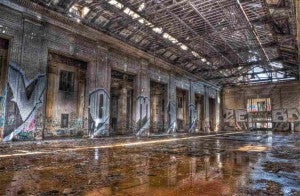 But it had been unclear whether the billionaire investor was hoping to eventually rebuild the station on his own or just make it more appealing to a buyer. That clarity came with the interest of another Detroit-focused family: the Fords, specifically Bill Ford Jr.

Word of Ford’s interest began leaking out in March, according Edsel Ford II, Bill’s cousin and fellow board member, as well as Ford Executive Chairman, spearheading the effort.

“Bill’s excited about it, and I’m excited about it,” said Ford, noting that a move to acquire the depot would be part of a broader, “big redevelopment” centered around Detroit’s Corktown neighborhood, though Local business publication

Ford has already made a move into what is the oldest neighborhood in Detroit. Last December it formally acquired a building known locally as “The Factory,” where it will headquarter its electric drive and autonomous vehicle programs. At a dedication program, both Bill Ford and the automaker’s CEO Jim Hackett told TheDetroitBureau.com that they were looking for opportunities to expand the company’s presence in Detroit, with an emphasis on the Corktown neighborhood.