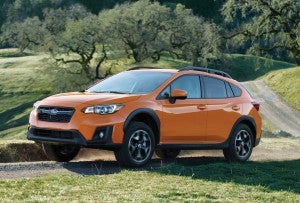 For 2019, Subaru will add a plug-in version of the Crosstrek likely to deliver over 20 miles per charge.

Little Subaru is about to get a helping hand from Japan’s biggest automaker, Toyota lending out its Prius Prime driveline for the smaller manufacturer’s first-ever plug-in hybrid.

Subaru has been teasing us with electrified concepts for quite a few years, mostly through its palindromic Viziv concept series. Now, finally, we’ll be getting the real think with the launch of the 2019 Subaru Crosstrek Hybrid.

“The new Crosstrek Hybrid maintains all the capability of the traditional Subaru Crosstrek with increased fuel efficiency,” the automaker revealed in a terse statement. “It can be driven as a normal Hybrid, using both gas and electric power and eliminating range anxiety, or driven on pure electric drive for local commuting.”

By now you might be wondering about the name of the new model and, indeed, it’s not the first Subaru Crosstrek Hybrid. We saw a conventional gas-electric version of the crossover launched during the 2014 model-year. The new PHEV version will, as the term implies, add both a larger battery pack and a plug to help keep the new model charged up. 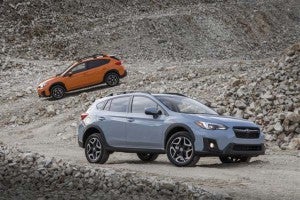 For the moment, Subaru isn’t saying much more, so we don’t know precisely how large the battery pack will be, nor how much range it will provide.

But we do know that Subaru is getting a helping hand from Toyota which will provide it with a version of the plug-in drive system first developed for the Prius Prime. That plug-based version of the familiar Toyota hybrid has a relatively modest-sized 8.8 kilowatt-hour lithium-ion battery that delivers electric-only range to 22 miles. And it can be operated at normal driving speeds.

That’s relatively light in power and range these days, especially considering other plug-ins, like the Chevrolet Volt, can deliver more than 50 miles on a charge. The similarly sized Kia Niro PHEV, meanwhile, manages 26 miles per charge using an 8.9 kWh lithium battery.

We’ll have to wait to see if Subaru’s version of the Prime driveline will feature a larger, longer-range battery, but that very well could be in the cards.

What we do know, thanks to that brief Subaru statement, is that the Crosstrek drivetrain will trade out the 95 horsepower 1.8-liter inline four gas engine found in the Prius Prime for what Subaru says will be a “four-cylinder direct-injection Boxer engine, Symmetrical All-Wheel Drive and an all-new transmission.” 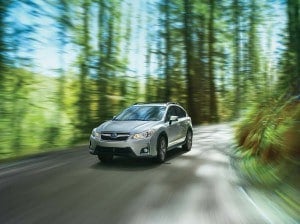 Subaru launched a conventional hybrid version of the Crosstrek for the 2014 model-year.

Expect to see the Crosstrek Hybrid reach U.S. showrooms late this year. Looking further ahead, we also know that Subaru will be making even more of a commitment to electrification over the next few years, an all-electric models expected to join the family by 2021.

Electrification is the active buzzword in automotive circles these days, as it may be one of the only ways for manufacturers to meet increasingly stringent global emissions and fuel economy standards. That’s particularly true in both Europe and China where regulators are tightening the screws and, in some markets, laying out plans to eliminate internal combustion powertrains entirely. While the Trump Administration has signaled it will roll back federal mileage standards, such a move would likely wind up in court, forcing automakers to move ahead assuming the current, 54.5 mpg target will remain in effect.

Subaru’s decision to turn to Toyota for help on the Crosstrek Hybrid, meanwhile, should come as no surprise. The two already partnered on the sports car that the smaller brand markets as the BRZ.

Toyota itself was traditionally reluctant to form alliances but it’s been taking a very difference stance since Akio Toyoda, grandson of the company’s founder, was named president and CEO. Toyota recently announced another key partnership, this one with Mazda. The two are developing a new line of pure battery-electric vehicles, or BEVs, that they plan to manufacture at a new plant in Alabama that will open early in the coming decade.

(Just days after selling its 9 millionth car in the U.S., Subaru moves into new NJ HQ. Click Here for the story.)