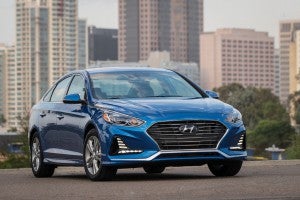 Hyundai is investing $388 million for a new plant to build Sonata and Elantra engines.

HMMA is preparing for the next-generation Hyundai engine, which requires new technologies and components as part of its assembly process. The capital investment will be spent on equipment for the engine head machining plant and updating technology in an existing engine plant.

“Hyundai is an important member of Alabama’s dynamic auto industry, and this expansion at its Montgomery manufacturing facility will power the global automaker’s drive for future growth in the U.S.,” said Alabama Governor Kay Ivey said. Mercedes-Benz, Toyota and Honda also build vehicles in Alabama and will soon be joined by Mazda. 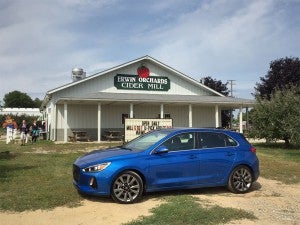 SUVs and crossovers seems to be dominating the market, but automakers are investing in hatchbacks, like the Elantra GT, as an alternative.

“With our latest expansion, HMMA continues to show its strong commitment to the people of Montgomery and the people of Alabama,” Dong Ryeol Choi said as he announced Hyundai’s future plans.

“Hyundai is continuing its track record of investing in new manufacturing technologies to ensure the long-term success of our Alabama assembly plant,” he said.

Hyundai said it will cost approximately $40 million to construct the 260,000-square-foot building that will house the head machining equipment. Construction on the engine head machining plant is scheduled to be completed in November 2018. This project will free up space to expand engine assembly lines in one of HMMA’s existing engine plants.

The new engine head machining facility will be operational by mid-2019. HMMA produces engines for Sonata and Elantra sedans and the Santa Fe crossover utility vehicle. HMMA’s two engine plants are capable of producing approximately 700,000 engines per year to support the vehicle production at both HMMA and Kia Motors Manufacturing Georgia in West Point, Georgia.

HMMA, which started vehicle production in May 2005, is the River Region’s largest private manufacturer with 2,700 full-time and 500 part-time employees.