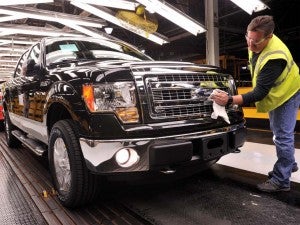 Ford shut down the F-150 line at the Kansas City assembly plant due to a parts shortage.

Ford Motor Co. is staring a complete shutdown of production of the company’s best-selling product, the F-150, in the face due to a fire at a supplier facility.

A major fire at Meridian Magnesium Products in Eaton Rapids, Michigan, on May 2 created a shortage of die-cast parts for the F-150 since the incident. General Motors and Fiat Chrysler facilities have also been impacted by the fire and subsequent parts shortages.

Ford produces the trucks at plants in Missouri and Michigan. Currently the truck production half of Ford Kansas City Assembly Plant is shut down for the week, sending 3,600 workers home due to the parts shortage.

The company is still running the truck portion of the Dearborn, Michigan plant, but faces a tough decision regarding the 4,000 employees there. The plant is running at full speed for now. 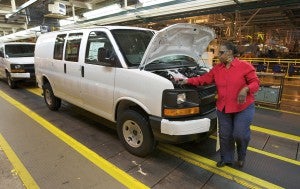 General Motors shut down production of its full-size van in Wentzville, Missouri, due to the Meridian fire.

“It is still a very fluid situation,” company spokeswoman Kelli Felker told TheDetroitBureau.com. “We are working closely with our supplier to manage the situation.”

The UAW also sent out a note to its employees. “The company has informed us that we have enough parts to build vehicles through Thursday,” reads the letter from Burkie Morris, UAW president and chairman at the Dearborn Truck Plant. “The company is meeting continuously to find a solution.”

General Motors shut down production of its full-size van line in Wentzville, Missouri, which also makes its hot-selling midsize trucks, which are unaffected by the shortage. GM spokesperson Nick Richards described the shutdown as “temporary,” noting that Meridian makes other parts for GM products, which have been resources with no impact on production.

(Click Here for more about Ford developing tech allowing the blind to “Feel the View.”) 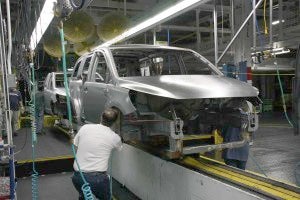 Production rates for the Chrysler Pacifica minivan in Windsor, Ontario, are being adjusted due to parts problems related to a supplier fire.

In a statement, FCA confirmed “that production of the Chrysler Pacifica at the Windsor Assembly Plant has been impacted as a result of the fire at a Michigan-based supplier last week. The Company is adjusting production schedules as needed to minimize plant downtime, but will make up any lost production. FCA continues to work with the supplier’s team on recovery efforts.”

Ford is suffering the biggest impact. The Missouri plant produces between 900 to 1,000 trucks daily while the Michigan plant produces as many as 1,100 at current run rates, according to the company. GM and FCA were uncertain how much, production has been lost to the problem.

For now, it appears buyers won’t be impacted by the shutdown at Ford, according to analysts. Inventory levels are strong, but the automaker doesn’t want to let this shutdown linger because it could impact the company’s finances.

“The F-Series is the profit machine for Dearborn,” Dave Sullivan, manager of product analysis at AutoPacific Inc., told the Detroit News. “They should be able to weather a short-term shutdown. But if this goes longer than a week, it could really hurt second-quarter performance.”