Click It or Ticket is Back: This Means You Teen Driver 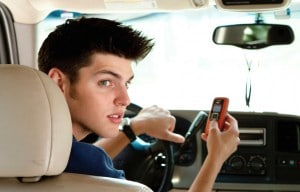 Teenage drivers are the least likely group of drivers to use seat belts, according to a new survey.

In a digital world, it is the most “analog” of devices that will save your life: a seat belt. It’s common sense to get in and buckle up; however, the digital generation, Gen Z, are the least likely of driving age groups to strap themselves in when driving.

According to a recent national survey of drivers by Erie Insurance, just 77% of Gen Z drivers — the age group most likely to get in and die from a car accident — buckle up. As drivers get older, they are more likely to use seat belts: 81% of millennials use them, 87% of Gen Xers and 94% of Baby Boomers make sure to buckle up every time they get in a car.

This isn’t just posturing, but based on hard evidence. In 2016, according to the National Highway Traffic Safety Administration, the use of seat belts in passenger vehicles saved an estimated 14,668 lives of occupants ages 5 and older. Many Americans understand the lifesaving value of the seat belt – the national use rate is at 90.1% – but nearly 27.5 million people still don’t buckle up.

Drivers across the country are going to get a steady set of reminders in the weeks ahead as the Click It or Ticket campaign goes into effect from May 14–June 3. According to NHTSA data, which was collected from all 50 states and the District of Columbia, 37,461 lives were lost on U.S. roads in 2016, an increase of 5.6% from calendar year 2015. 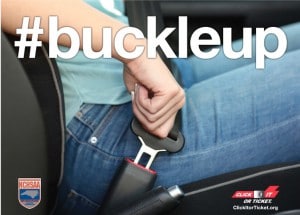 The latest round of Click It or Ticket ad will soon start appearing, aiming to get younger drivers to buckle up each time they drive.

According to NHTSA, The consequences of not wearing, or improperly wearing, a seat belt are clear:

The reticence of the latest generation of drivers is disappointing given the massive efforts to get the most senior generation – Baby Boomers – to use seat belts once they were mandated on vehicles and seat belt laws were subsequently put in place. 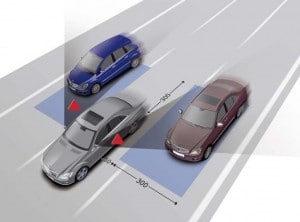 Blind spot systems have become increasingly common on new vehicles but aren't a solution for not using seat belt.

“Whether you’re a driver or passenger, in the front seat or back, the simple act of wearing a seat belt significantly reduces the risk of fatality and major injury in a crash,” said former U.S. Transportation Secretary Anthony Foxx.

Surprisingly, the most “techie” issue facing drivers these days – texting while driving – is not most often done or approved by Gen Z. First and foremost, the survey revealed 6% of drivers believe texting and driving is “not a big deal; I do it all the time.” Additionally nearly a third of drivers (31%) believe that texting is ok to do when they feel it’s safe.

Here’s how participants in each generation answered this question:

Another alarming fact: 28% of Gen Z drivers thought it was ok to text and drive before they actually started driving. This number jumped to 40% when we asked Gen Z drivers who were already on the road.