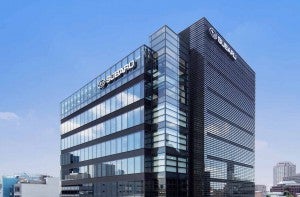 Subaru Corp. said employees manipulated fuel economy and emissions figures on about 900 vehicles manufactured in Japan. The company has been investigating the issue since it first came to light last fall and issued a report of its findings last week.

The revelation came as part of a government-mandated self-investigation, which end up in the head of the company to resigning. Additionally, the query determined that “unqualified” employees had been performing the fuel-economy inspections for as long as 30 years.

Subaru recalled 395,000 vehicles sold in Japan and estimated the scandal would cost $177 million.

The new report said Subaru examined available inspection data for about 6,500 cars made at two plants between December 2012 and November 2017, and out of that found about 900 instances of manipulated information.

(Roomier, faster and tech-ier: the new Subaru Forester. Click Here for the story.) 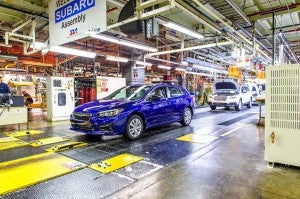 Inspectors at Subaru plants in Japan were ordered by mangers to falsify results.

Based on interviews with employees, the automaker suggested the problem may have begun in 2002, but it was unable confirm that, adding that management was unaware of the problem.

In the report, Subaru said, “Alterations were decided by factory-floor inspectors and foremen (who manage a group consisting of several inspectors), and alteration methods were passed from senior to junior inspectors in the relevant workplaces.

“Although no instructions were issued by, and no reports by foremen were made to, Group Chiefs (who manage the Emissions Sampling Unit consisting of several groups), some Group Chiefs had been engaged in sampling of fuel economy and emissions and they are considered to have been aware of the possibility of alterations. Managers at or above the Section Chief level and executive managers were not aware of alterations.”

(Click Here for more about Subaru wanting sales to do more than set records.)

Subaru noted it is possible employees were instructed by managers to manipulate the data to ensure inspection results were consistent from car to car, avoiding questions from senior management. The company said in some cases data was altered to make results worse, not better.

The report noted it was possible that inspectors changed data to adjust errors by measurement equipment. The company said there were not any alterations significant enough to merit a recall or present other quality problems.

“Subaru’s management and employees will work collectively to restore lost trust and ensure
that such circumstances do not recur,” the company said in the report.

Subaru is not the only company that has had this problem: Mitsubishi, Nissan and Ford have all had similar problems, and were forced to recall vehicles, fined or restated mileage ratings for vehicles. Of course, Volkswagen and possibly other makers were caught using cheating devices to pass mileage and emission tests for diesel vehicles. VW paid more than $30 billion in fines and fees to make amends.