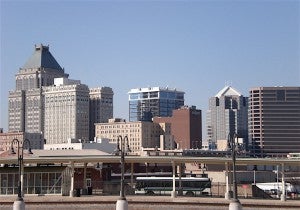 Drivers in every city in the country can find something that makes commuting around their town or metropolis the worst or best, but GPS app Waze has compiled a list of the best and worst cities to drive in the U.S. for 2017.

Called Waze’s annual Driver Satisfaction Index, the company uses driving data from its millions of users across America to rank the 61 best and worst metropolitan areas. The best? Greensboro, North Carolina while the worst is Honolulu, Hawaii.

Greensboro topped the list of best places to drive, which is determined using six different metrics, with a score of 8.7. At the other end was Honolulu with a 4.69 score. The U.S. average is 7.55, according to Waze. 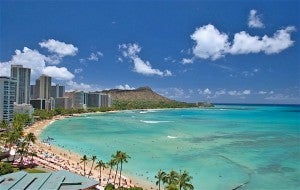 At the bottom of the satisfaction index was Honolulu, Hawaii.

To determine how cities are faring, the company asks Wazers to assign a value between one (worst) and 10 (best) to each of the metrics, which are:

Some of the cities on the “worst” list were also smaller cities, such as Savannah, Georgia. Savannah, which ranked 10th worst on the list, is a tourist haven and has been immersed in a growth spurt plunging the historic city into a series of road construction projects that can snarl traffic for long periods of time.

However, the vast majority of cities on the “worst” list will not surprise anyone, as they have a long history of traffic issues.

(Production on the rise, keeping gas prices down. For the story, Click Here.)

Waze also implemented the survey around the rest of the world and the U.S. score of 7.55 placed the country third behind the Netherlands at 7.9 and France at 7.85. Rounding out the top five were the Czech Republic at 7.49 and Belgium at 7.41. The worst country was the Philippines with a score of just 3.02.