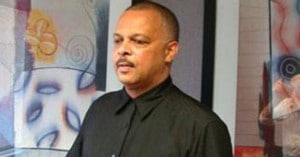 Michael Brown is the latest person to be charged in a federal probe of FCA and the UAW. (Photo credit: UAW-Chrysler)

The U.S Department of Justice is bringing charges against a third Fiat Chrysler Automobiles N.V. official as part of the expanding corruption probe into the illegal use of funds set aside under FCA’s labor contract with the United Auto Workers for training union members.

Michael Brown, former director of employee relations at Fiat Chrysler, was charged with lying to a federal grand jury about an alleged bribery scheme involving his direct superior, Alphonse Iacobelli and others at FCA. The scheme netted Iacobelli and others participating in the scheme more than $4.5 million, according to the DOJ.

Federal prosecutors allege Brown knew that FCA officials were bribing UAW leaders, but “deliberately” provided “misleading and incomplete testimony.” Not only did he know that this was going on, prosecutors allege, but he failed to notify authorities about the corruption, according to the DOJ.

Last summer, prosecutors charged that Iacobelli, who pleaded guilty to criminal charges, funneled the training center funds to himself and select UAW officials, including the late General Holiefield, who headed up the UAW’s FCA division from 2006 until 2014. Holiefield’s wife, Monica Morgan, also has been charged and has pled guilty to tax charges.

Three other union officials have also been indicted and two of them have pleaded guilty. Federal investigators also have been looking hard at the role of Holiefield’s successor, Norwood Jewell, having executed a search warrant at the former UAW vice president’s home near Flint, Michigan, in an apparent search for potentially damaging information. 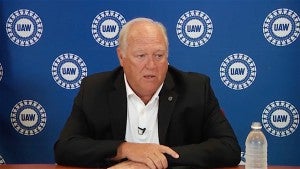 UAW President Dennis Williams maintains that negotiations with FCA were not impacted by the misuse of in $4.5 million training funds.

Shortly after the search warrant was executed last fall, the union’s administrative caucus, dropped Jewell from its slate of candidates for election and re-election to top union offices during the UAW’s constitutional convention in June. Jewell resigned his post as a union vice president effective Dec. 31.

Prosecutors allege the bribes were part of a bigger plot by Fiat Chrysler executives to keep UAW officials “fat, dumb and happy” by giving them credit cards and urging them to go on spending sprees with money that was supposed to train blue collar workers.

So far, the federal government has charged six individuals for their various roles in the alleged conspiracy.

UAW President Dennis Williams has said the cash doled out improperly from the training fund never had any impact on UAW’s labor negotiations with FCA. However, at least two former staff members from the union’s FCA department did have bargaining assignments in 2015, the last time the company and union negotiated a contract.

Equally important was the administration of the contract. The agreement struck by the union in 2011 under Holiefield gave FCA wide latitude to change work rules and job classifications at the plant level if the union approved.

Other union officials throughout Chrysler have complained that Holiefield leaned hard on them to accept what FCA CEO Sergio Marchionne termed his “World Class Manufacturing System.’ At the time, Holiefield, who never disclosed that he was collecting large sums from FCA, said the local concessions were needed to save jobs.