Brand explores its performance heritage while adding to its green legacy. 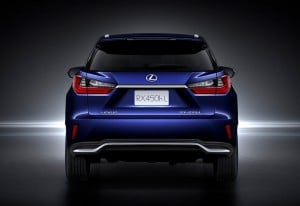 The 2018 Lexus RX 450hL debuts at the Chicago Auto Show, including the pricing of the new ute.

Lexus took the wraps off its limited editions RC F and GS F for 2018 during a preview leading in the annual Chicago Auto Show.

Cooper Ericksen, Lexus vice president of marketing, said production of the RC F, which will go on sale in March, will be limited to 500 units, including a limited run of 240 that are destined for the United States.

The RC F will come with a unique 5-liter V8 engine, a mat pain finish in grey, special Brembo brakes and carbon fiber accents such as the rear spoiler, according to Ericksen. Lexus also plans to offer the GS F to consumers, starting this spring, he said.

In addition, Lexus unveiled its new all-wheel drive RX 450hL. Set to go on sale at dealers in April, the new three-row crossover once again raises the bar for design and innovation in the hybrid segment. 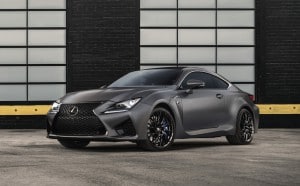 Lexus is celebrating the 10th anniversary of the RC F with a limited edition model debuting in Chicago.

The RX 450hL delivers the instant torque you would expect from a RX hybrid, now with even more space for the unexpected. In addition, the RX 450hL Drive Mode Select system has an EV mode that enables the vehicle to drive under electric power at lower speeds for short speed distances.

(Click Here for details about the LF-1 Limitless concept unveiled in Detroit.)

With the new RX 450hL model, Lexus extended the body length 4.3 inches at the rear and used a steeper tailgate window angle than on the two-row models to ensure more headroom for third-row passengers. Access to the third row is made easy with the touch of a lever that slides and folds the second-row seats forward. 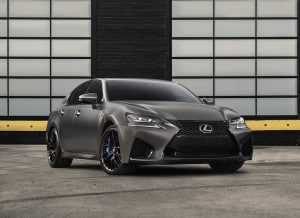 Lexus designed the third row of the RXL models offer the same comfort and luxury as in the middle row. The positioning of the second row is slightly higher than the third row, creating more foot room for rear passengers. A tri-zone climate control system gives third-row passengers separate heating and air conditioning vents, and for convenience, a power-folding third-row seat and power tailgate are both standard.