“We can’t everything ourselves,” says Ghosn. 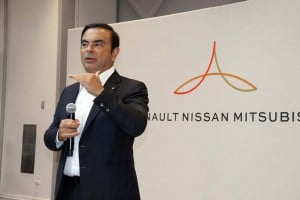 The new fund is expected to invest about $200 million annually in new technology and services.

The Renault-Nissan- Mitsubishi Alliance will invest around $1 billion over the next five years to help it fund start-ups and other small tech companies that can help it bring to market electrified, connected and autonomous vehicle technologies, Alliance CEO Carlos Ghosn announced Tuesday.

The corporate venture capital, or CVC, fund is intended not only to give the Franco-Japanese alliance access to potentially breakthrough technology but to help it make decisions more quickly than is normally the case for a big corporation, Ghosn said during a news conference at the Consumer Electronics Show in Las Vegas.

“We can do everything ourselves,” explained the Brazilian-born executive. “We have to get access to people who think about things in different ways.”

Ghosn said Renault, Nissan and new Alliance member Mitsubishi expect to spend about $200 million annually through the fund. But he also noted that figure could go higher or lower, depending upon what sort of opportunities come up. While individual members of the three-manufacturer Alliance might come up with a worthwhile project, Ghosn stressed that all of the companies will be expected to benefit. 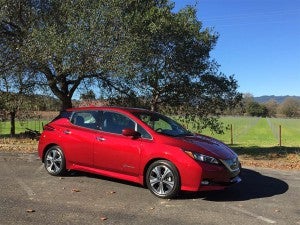 Ghosn expects the Alliance to launch a dozen EVs, like the Nissan Leaf over the next six years.

The tech fund is in line with what a number of other automakers have set up in their efforts to search for potentially breakthrough technology. BMW’s iVentures fund, for example, has about $600 million to spend on things like autonomous vehicle software and smart charging. General Motors has set aside $240 million for its GM Ventures, and PSA Group and Ford have their own funds in play.

During his news conference Ghosn was asked whether the fund was actually large enough to accomplish its goals considering that GM spent $1 billion just to acquire one start-up specializing in autonomous driving, San Francisco-based Cruise Automation. But the Alliance chief asserted that the CVC funding is a “massive amount” that could be “revised up,” if necessary.

It is, in fact, a relatively modest part of the R&D budget for the three manufacturers whom Ghosn noted together will spend “more than $50 billion over the next five years.” Much of that will go for new technologies and services, such as electrification and autonomous driving.

Collectively, Renault, Nissan and Mitsubishi plan to roll out 40 autonomous vehicles and at least a dozen pure electric vehicles over the course of the current six-year business cycle.

The onslaught of new automotive technology is playing a major role at this year’s Consumer Electronics Show, dozens of automakers, auto suppliers – and new entrants into the field – demonstrating their wares, talking strategy and rolling out new concepts.

"This is going to happen," declared Ghosn.

One of the challenges, noted Ghosn, is that the industry is actually getting out ahead of consumer demand, spending what some analysts estimate at more than $100 billion over the next five years on just electrification and self-driving technology. So far, battery-based vehicles have yet to gain much market share, but the Alliance CEO insisted that the tipping point has been crossed and demand should start to rise.

The first semi-autonomous vehicles are already on the road. Nissan, for one, this year introduced its ProPilot Assist system on several models, including the second-generation Leaf battery-electric vehicle.

As with electrified vehicles – which includes hybrids, plug-ins and pure electric models – Ghosn noted there will be various forms of autonomy. These include systems that largely assist human drivers, technology that can take over the driving duties, or fully driverless systems that will likely show up first in so-called robo-taxis.

“This is going to happen,” Ghosn asserted, noting he expects all the various forms of autonomy will be in production over the next six years. “All the stars are lining up.”

(Toyota adding Amazon’s Alexa voice assistant to many of its new models. Click Here for more.)