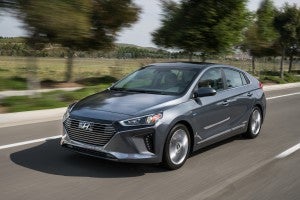 Hyundai's efforts to expand into new market segments comes as sales growth is expected to get tougher.

Hyundai Motor and Kia Motors expect only limited growth in 2018 as global auto sales slow perceptibly during the new year, the company’s senior executives said in a “New Year’s Day” message to employees.

The South Korean auto giant, which ranks fifth by global sales, is targeting sales of 7.55 million vehicles. However, Hyundai-Kia is likely to have missed its sales target for the third consecutive year in 2017 as it sold 7.25 million units this past year, according to estimates by analysts.

“Global auto demand growth is expected to stagnate this year, with demand seen shrinking in major markets like the U.S., China and Europe,” Yoon Yeo-chul, Hyundai’s vice chairman, said in a New Year’s speech to employees.

“The market environment is expected to be difficult due to a slowdown in major markets like the U.S. and China, prolonged low growth in the global economy and trade protectionism in major countries,” Hyundai Motor said in a statement.

Hyundai-Kia sales slumped 7% last year from 2016, falling well short of the target of 8.25 million vehicles and marking their third consecutive annual miss, as buyers in China and the United States increasingly shunned sedans for SUVs. 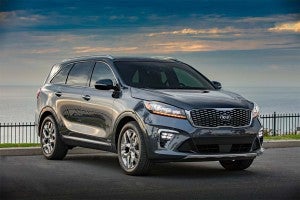 The 2019 Kia Sorento gets new front and rear fascias giving the ute a more sophisticated look.

(Hyundai ups its game with new Kona crossover. Click Here for the story.)

Diplomatic tension between China and South Korea about Seoul’s deployment of a U.S. missile defense system hurt the company’s sales in the world’s biggest auto market even though the two countries have moved to narrow their differences.

“This year’s target for Hyundai and Kia is lower than expected. It seems to be a conservative target, reflecting a slow recovery in China and ongoing U.S difficulties,” Kim Jin-woo, an analyst at Korea Investment & Securities told Reuters.

The forecast came as the Korean won strengthened to a more than three-year high against the dollar, which also reduces the competitiveness of South Korean exporters as their Japanese rivals benefit from the weakening yen.

Meanwhile, the United States and South Korea are schedule to begin talks on a trade deal pact this week with the Trump administration threatening scuttle the current trade deal between the two countries.

The expiration of a tax cut on small-engine cars in China also would be a negative for Hyundai’s sedan-heavy line-up, analysts said.

Hyundai Motor and Kia are also planning to offer more SUVs in the United States and China this year, analysts said new models such as the redesigned Santa Fe SUV will face stiff competition from other manufacturers in a crowded market.

(To see more about Hyundai’s plans to update its utility vehicle line-up by 2020, Click Here.)

Hyundai, however, also said in a statement it would “actively venture into” new markets like Southeast Asia, as protectionism was expected to grow elsewhere.