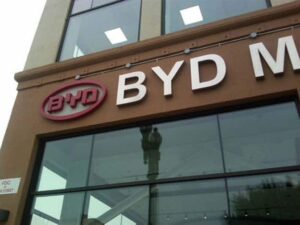 BYD is building a second facility in North America to go with its U.S. headquarters building in Los Angeles: a truck plant in Ontario, Canada.

The Chinese electric vehicle maker has already opened a small factory in Lancaster, California, just outside of Los Angeles to build electric buses for the American market. The plans for the plant in Canada anticipate a surge in demand for electric trucks from municipalities and businesses, BYD Canada officials said.

The goal is for BYD to open the plant and hire about 40 people to start, BYD Canada spokesman Ted Dowling told Bloomberg.

BYD will “significantly” accelerate its investment in Canada as growing demand for electric vehicles and provincial tax incentives create a more welcoming environment than the U.S. in the short-term, he said.

“There is less of a barrier to entry when it comes to having Chinese products in Canada compared to the U.S.,” Dowling said. BYD is partly owned by legendary investor Warren Buffett’s Berkshire Hathaway Inc. 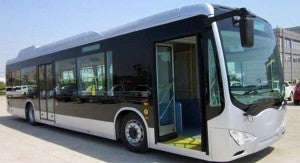 BYD will add a truck plant in Ontario, Canada, to its electric bus plant in Lancaster, California.

(Bollinger unveils EV truck prototype. Click Here for a look at the truck.)

BYD’s plan comes as interest in electric vehicles expands as nations are looking for ways to limit the impact of pollution from the internal combustion engine. The United Kingdom and France plan to ban sales of diesel- and gasoline-fueled cars by 2040, while China has said it will set its own deadline for a similar move.

In addition, automakers such as General Motors, Ford Motor Co., BMW and Daimler AG, pressed by the interest in Tesla’s electric vehicle fleet, have vowed to increase production of electric vehicles.

(Click Here to see about Bollinger’s update to its truck: four doors.)

That’s complicated by other smaller start ups, like Bollinger Motors and its new B1 SUT, which can be reconfigured to be an SUV or a truck depending up on the needs of the owner at that moment, and the Workhorse W15.

BYD will start its operations in Ontario by shipping technology and components from China and making short-range vehicles such as garbage and delivery trucks, said Dowling. The company intends to expand, hiring more people to add more Canadian content in the future, he said.

“BYD is a global company, but we like to localize,” Dowling said. “It doesn’t make sense to build everything in China and then ship it. It makes more sense to utilize the incentive programs and policy changes and create jobs in different markets.”