Toyota GR HV: Is This the Hybrid Boost the Underpowered 86 Desperately Needs?

Sports car prototype among a flood of Toyota concepts and production models at 2017 Tokyo Motor Show. 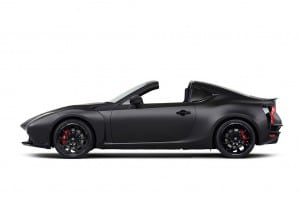 Toyota hasn't offered a targa since the demise of the old Supra model.

Few would argue with the opinion that the Toyota 86 is a bit more show than go. So, perhaps the new show car that Toyota debuted at the Tokyo Motor Show today will finally give it the go it’s needed.

As you’d expect of Japan’s largest automaker, Toyota had an array of new products to reveal during its news conference at the Tokyo Big Sight convention center. These ranged from the classic Toyota Century limousine to the pod-like i-Ride with its artificial intelligence co-pilot, as well as the Fine-Comfort Ride fuel-cell vehicle.

But nothing seems to be drawing as much interest as the Toyota GR HV Sports Concept, what is clearly a beefed up version of the familiar 86 model. The HV tells us it’s a hybrid. And the GR? It just might become part of the new high-performance sub-brand Toyota has launched, based on its Gazoo Racing team.

(Click Here for more on the Toyota Fine-Comfort fuel-cell concept.)

The GR HV gets a few nice touches that you won’t find on the stock Toyota 86, including the first targa-style roof we’ve seen from the maker since the long-lamented demise of its old Supra model. 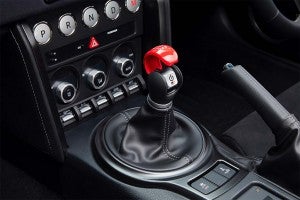 But what’s more important is what’s under the hood: a hybrid powertrain here tuned to emphasize performance, rather than fuel economy. No sporty looking Toyota Prius this.

Sadly, we’ll apparently have to wait for hard numbers, including horsepower and torque, as well as 0 to 60 times. And we’ll be curious if it can deliver good mileage, as well.

The Toyota GR HV is, of course, just one of the many battery-based sports cars that are making their debut at this year’s Tokyo Motor Show. Nissan has weighed in with the all-electric IMx concept, which delivers about 10% more torque than the familiar Nissan GT-R. Honda also goes all-electric with the retro-futuristic Sports EV.

For its part, Toyota has decided to stick with the sort of hybrid technology it is more widely known for. The maker has long been openly skeptical of lithium-ion battery technology. It is finally set to get into the battery-electric vehicle game as part of a 2021 joint venture with Mazda, but insiders say the alliance will depend upon an all-new solid-state battery technology that is expected to overcome some of lithium’s drawbacks, improving range and reliability, while lowering costs and slashing charge times. 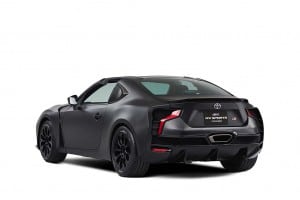 Toyota has yet to offer details about the GR HV Concept's hybrid driveline.

But, until then, Toyota appears to be staying with what it knows best, hybrids.

Oh, and hydrogen fuel-cell technology. It has its first FCV on the market in the form of the Mirai. It is showing off what could follow in the form of the Fine-Comfort Ride Concept, a show car that roughly doubles Mirai’s range to 620 miles on a tank of the lightweight gas.

We’ll be watching to see if the Fine-Comfort will eventually make it into production.