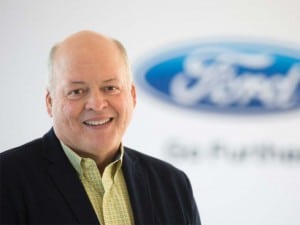 “The changes we are announcing today will further align resources and improve efficiencies throughout our global markets and operations,” said Hackett, a one-time CEO of furniture maker Steelcase, who was named CEO after Fields lost favor with investors, the Ford board and chairman and family heir Bill Ford.

(Ford ousts Fields, shakes up entire management team. Click Here for more on the May announcement.)

It’s far from certain whether the latest moves lock in place the organization that Hackett wants. In his statement, the 62-year-old CEO hinted that, “We will continue to reshape the organization to deliver the most value for our customers and all of our stakeholders.” 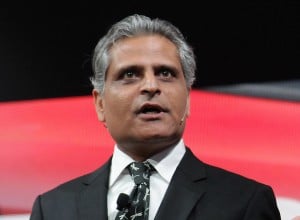 At 51, Galhotra has been a rising star at Ford, most recently put in charge of reviving the long-struggling Lincoln brand. Critically, he has overseen the luxury marque’s launch and expansion in the crucial Chinese market.

Galhotra will retain his ties to Lincoln as the brand’s group vice president. He will now become Ford’s chief marketing officer, as well.

In that role, the Indian-born executive replaces retiring Stephen Odell. The 62-year-old British native has spent 37 years at Ford and before being named its executive vice president of global marketing, sales and service had run its European operations. Odell had been something of a fireman within Ford, being assigned a series of difficult tasks over the years, among other things helping prepare Volvo for its sale to China’s Geely at the beginning of the decade.

The three other executives retiring from Ford include: 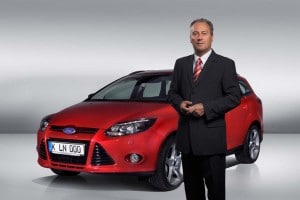 Stephen Odell had been running European ops before being named chief marketing officer.

Fields was one of the highest-ranking women at a carmaker that has been criticized for its lack of senior female executives. But the shake-up inaugurated by Hackett does appear aimed at correcting that gender gap, at least to some degree.

At 55, Linda Cash will now oversee quality and product launches, replacing Fowler. Birgit Behrendt, the 58-year-old who has been running global powertrain purchasing and global purchasing operations will take on the new position of vice president of joint ventures, alliances and commercial affairs. Meanwhile, Joy Falotico, now the CEO of Ford Credit, will report directly to Ford CEO Jim Hackett. She had been reporting to Ford Chief Financial Officer Bob Shanks.

In May, Hackett ordered a series of executive moves after being chosen to replace Fields. He then began a 100-day study of the automaker’s strategies. He outlined the results during a news conference earlier this month, admitting that the second-largest Detroit automaker had “fallen short on key targets,” including its profit margins.

There had been some questions about how the new CEO would view predecessor Fields’ big-budget push into new technologies like electric drive and autonomous vehicles. While Hackett made it clear Ford intends to accelerate those new lines of business, he stressed that it plans to remain “in the car business, moving goods and people around. Some (concerns) about us not being in the car business (going forward) is gone.”