GM Shutting Down Poletown Plant for 2017 in November 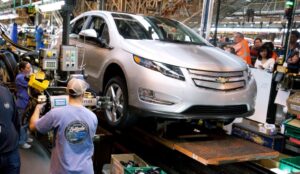 GM is idling its Detroit-Hamtramck facility where it builds the Chevy Volt and three other vehicles.

General Motors plans to temporarily shut down its Detroit-Hamtramck Assembly plant due to falling demand for the four vehicles built at the plant. The move idles more than 1,800 hourly and salaried employees.

The plant will begin reducing production levels Oct. 20, culminating in the shutdown on Nov. 13, which will last through the end of 2017. It’s the second time this year GM’s been forced to cut personnel from the plant, letting more than 600 temporary employees go in late spring.

The company’s been quick to adjust its production rates and personnel levels to demand for products. It cut the third shift at its Spring Hill, Tennessee, plant earlier this year and another 1,000 temporary workers were furloughed last month as sales of the Cadillac XT5 and GMC Acadia have slumped.

The latest move is being made for the same reason. While the Impala is selling fine, the CT6 inventory is backing up. Currently, its at 115-days supply, according to Autodata, which is well above the industry standard of 60 days. 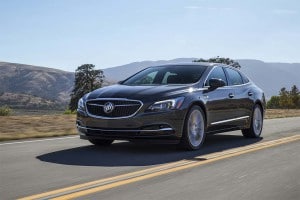 The Buick LaCrosse is one of six cars rumored to be getting the ax as GM focuses on producing more SUVs and crossovers.

The Chevy Volt was at 102 days at the end of September, and the LaCrosse is good for 10 months if the company doesn’t build another. Overall, GM had 76-days supply for its entire car segment, according to Autodata Corp.

GM is in the midst of a hard look at its product line-up. In today’s market, where pickups, SUVs, CUVs and other light trucks account for almost two-thirds of new vehicle sales, it should be no surprise, then, that GM is seriously considering killing off six more passenger cars.

(Click Here to see details about GM’s layoffs at the Spring Hill plant.)

GM officials declined to discuss the Reuters report but other sources confirmed the six models are on the list. The company has laid off more than 4,000 U.S. workers since January with another 1,050 in September.

The company isn’t alone in the push to review and revise its product portfolios away from cars to trucks and utility vehicles. By next year, both the Dodge Dart and Chrysler 200 factories will be rolling out new light truck models for FCA.

Ford, meanwhile, is shifting its Focus sedan to a Chinese plant and converting its Michigan Assembly Plant, a half-hour west of Detroit, to produce two revived truck nameplates: the Bronco SUV and the Ranger midsize pickup.

GM also is working up an assortment of new light trucks. Cadillac, which could be hard hit by the current product review, is developing as many as three different new utility vehicles, brand boss Johan de Nysschen has told TheDetroitBureau.com.