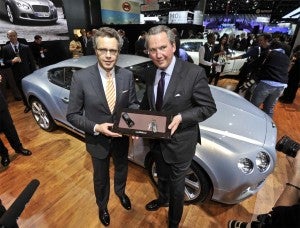 Wolfgang Durheimer took over the helm at Bentley from former CEO Franz-Josef Paefgen.

Another company is playing musical executives, as Bentley CEO Wolfgang Durheimer is stepping down and being replaced by former Jaguar Land Rover executives Adrian Hallmark. The move is effective Feb. 1, 2018.

In addition to Hallmark’s hiring, the company announced that is board members for engineerings, sales and marketing, and human resources, will also resign effective Jan. 1, 2018.

“I would like to thank Wolfgang Durheimer for his dedication to Bentley Motors and the Volkswagen Group,” Matthias Mueller, CEO of the VW Group, said in a statement. “He has had an outstanding career and has launched some of the most important cars the Group has ever created.”

Durheimer’s fingerprints are all over several VW-owned brands where he’s overseen the development of Bugatti Chiron, the Porsche Carrera GT and 918 Spyder as well as two generations of Porsche 911s. He’s in his second stint head up Bentley. He will remain with VW “assist” with the company’s motorsports program.

Hallmark’s move to Bentley CEO is also his second run of service with the Crewe, England-based luxury carmaker. He was the board member for sales and marketing for six year until taking on role of executive vice president of Volkswagen of America in 2005. He left VW to take a position with some before joining JLR in 2012. 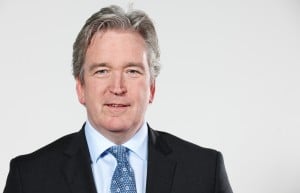 He’s taking over at a good time as the company’s profits and sales are up. The company reported a 13 million Euro profit in the first half of the year compared with a 22 million euro loss for the same period in 2016.

Additionally, the introduction of the brand’s first-ever sport-utility vehicle, the Bentayga, has help push sales up 31% in the first half of the year, including a 13% jump in the U.S. The brand has benefitted from the U.K.’s departure from the European Union as its exports have turned bigger profits due to the improved exchange rate on the British pound.

(Bentley ready to plug in with Speed 6e Concept. Click Here for the story.)

Astrid Fontaine is Bentley’s new board member for “people, digitalization, and IT,” taking over for Marlies Rogait. The auto industry is seeing a lot of movement at the top of its ranks lately. Volvo, Nissan-Renault, Daimler and others have all seen changes this year.