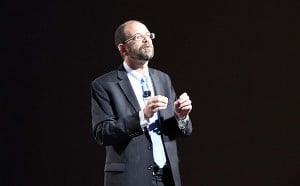 Gill Pratt heads up Toyota's efforts to produce an autonomous vehicle. He's enthusiastic about partnering with the American Center for Mobility.

Toyota will contribute $5 million to sponsor the new American Center for Mobility, a 335-acre center in the Detroit suburbs that will be dedicated to the development and testing of autonomous and fully driverless vehicles.

While AT&T announced plans to become the first corporate sponsor of the center back in January, Toyota is the first automaker to publicly commit funding for the facility which is being developed on the site of an old World War II bomber plant in the city of Ypsilanti, Michigan.

“We are excited to be the first automaker joining this effort to create a test ground for advanced vehicle technologies in our backyard,” Toyota Vice President Jeff Makarewicz, said ahead of an appearance at an industry conference in Traverse City, Michigan. “Together with industry and government partners, we would like to set a direction to realize connected and automated vehicles to help improve safety and mobility.”

The American Center for Mobility is one of two autonomous vehicle development centers that will operate in the Detroit suburbs and be open to any automaker or supplier. The other is a smaller facility, dubbed MCity, operated by the University of Michigan. The Ypsilanti complex is operated by a regional collaborative dubbed Planet M, and is being billed as a way to keep the State of Michigan at the center of the next era of automotive technology. 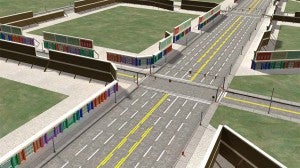 Toyota is donating $5 million to help sponsor the new American Center for Mobility near Detroit.

There is a widespread industry push to bring self-driving vehicles to market, several manufacturers – including Tesla, Daimler AG and Nissan – set to have their first fully hands-free products on the market by the beginning of the coming decade. Fully driverless cars could appear several years later, though some skeptics believe the technology will take longer than proponents claim to put into everyday, real-world use.

Many automakers, as well as automotive suppliers and specialty firms like Google spinoff Waymo, are already testing autonomous prototypes on public roads. And federal lawmakers are currently moving forward with proposals aimed at expanding public testing of the technology.

But experts contend that specialized test centers, such as the ACM and MCity, are still needed for the testing of more risky hardware and software.

“Not all test miles are created equal,” said Gill Pratt, CEO of Toyota’s research center. “The road to creating a car as safe, or safer, than a human driver will require billions of test miles including simulation, real-world driving on public roads, and closed-course testing where we can expose our systems to extreme circumstances and conditions. The new ACM,” he added “is a significant step forward in this journey and will accelerate our ability to help prevent crashes and save lives.”

Proponents of autonomous vehicles, including Mark Rosekind, the former head of the National Highway Traffic Safety Administration, contend that autonomous and driverless technology will lead to an era of virtually zero highway fatalities. Government data currently show that more than 90% of roadway deaths are caused by driver error.

The American Center for Mobility is based at the edge of the still operational Willow Run Airport on the site of what was a former General Motors plant. During World War II it was used to produce B-24 bombers as part of the so-called Arsenal of Democracy.

When originally announced, the ACM was expected to cost about $80 million. That figure has jumped to $110 million, with the facility’s operators claiming to already have about $91 million in public and private funds in hand.