Maker bringing out next iteration of ultimate luxury vehicle. 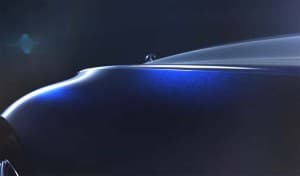 Mercedes isn't revealing much about the Mercedes-Maybach with the teaser video it released overnight.

For more than a decade, Maybach has been a brand in search of an identity. That led parent Daimler AG to briefly kill off what was originally conceived as a direct challenger to Rolls-Royce. When it came back to life three years ago, it was reined in, repositioned as little more than a fancier version of existing Mercedes-Benz products like the S-Class.

But it’s becoming increasingly clear that the Stuttgart automaker has grander plans for what it now calls the Mercedes-Maybach brand.

We got a good hint of what might come during the 2016 Pebble Beach Concours d’Elegance in the form of the Mercedes-Maybach Vision 6 concept. And we’re set to learn even more later this month with the debut of another show car at this year’s Pebble Beach extravaganza.

At the moment, we’re not being told much beyond what we can glimpse in a teaser video Daimler released overnight. But speculation seems to be centering around the possibility that Maybach will return to the Monterey Peninsula with a convertible version of the Mercedes-Maybach Vision 6. 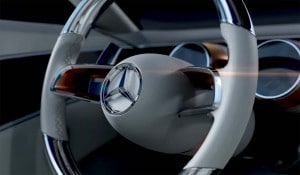 Mercedes appears to be ready to move on the newest iteration of the Mercedes-Maybach.

For those who missed the original coupe model, it stretched a full 18.5 feet, nose to tail, with an impossibly long hood, ironically, concealing both an electric drivetrain and a pull-out luggage compartment.

It was meant to convey old school grandeur and, as its name implied, a vision for what Maybach could become, beyond just delivering more lavish takes on existing Mercedes-Benz products.

As with the Vision 6, the new concept boasts a serious of sensuous curves, as well as the sort of retro-futuristic interior details that would seem to appeal to the most affluent of oligarchs.

“Fundamental beauty never changes,” Davis Lee, the senior designer who gets credit for the concept told TheDetroitBureau.com at Pebble Beach last August, adding that, “This is very true” to Mercedes’ history. 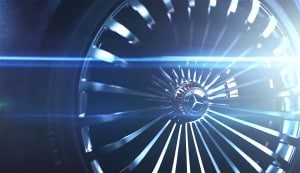 Mercedes appears ready to show off the newest Mercedes-Maybach at the next Councours.

Whether it will retain the electric drivetrain found in last year’s Maybach show car isn’t certain. That was a 738-horsepower package powered by four electric motors, one for each wheel. And, despite the car’s mass, it was said to be capable of launching from 0 to 60 in “under four seconds.”

Range was not revealed, but with 75 kilowatt-hours of lithium-ion batteries, something in excess of 200 miles seemed reasonable.

(And Mercedes has been hinting that a production version of the drivetrain is in development. Whether it will actually power a future Maybach model or one of the luxury electrics coming to another new spin-off sub-brand, Mercedes-EQ, has not been revealed.)

What is clear is that Daimler wants more from Maybach and it is testing the waters to see just how far it can reach with the brand. We’ll get a better sense of how far it hopes to go in just a couple weeks.