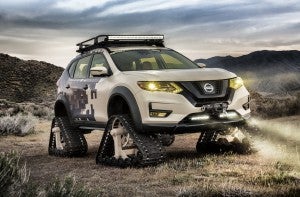 The auto industry has a new king-of-the-hill – at least for the first half of the year. A dark horse not all that long ago, the Renault-Nissan Alliance handily outsold both Volkswagen and Toyota and continues to gain momentum going into 2017’s second act.

It had been largely a two-horse race until recently, Volkswagen last year pulling off an upset due to a series of problems hammering Toyota. But Nissan has rapidly gained speed and last year’s effective takeover of troubled Mitsubishi Motors Corp. helped put it over the top.

For the first half, the Euro-Asian Renault-Nissan Alliance sold 5,268,079 vehicles, compared to Volkswagen’s 5,155,600 and Toyota’s 5,129,000. All three makers are on track to top 10 million for year. But General Motors, which had long ranked at the top of the sales charts, now lacks well back in fourth and unlikely to even make 9.5 million for the full year without picking up its pace.

Officially, none of the top three makers has made a goal of winning the global sales sweepstakes, though all have taken steps in recent years that seemed to aim at that target.

Renault-Nissan CEO Ghosn is pressing for even bigger, faster growth at the Alliance.

“Personally, whether we are No. 1, No. 2 or No. 3 doesn’t interest me,” Nissan Corporate Vice President Joji Tagawa told reporters in Japan this week. “And it is not a goal for our company.”

Nissan’s rise to the top was all but accidental, in fact. While it has been surging in the sales charts in recent years it couldn’t have made the last-minute surge without the help of Mitsubishi. And its takeover of the company came as the result of an embarrassing scandal, the smaller automaker being caught rigging mileage tests on its Japanese microcars. Faced with the threat of collapse, Mitsubishi sold Nissan a controlling stake and its sales numbers have now been rolled in with the rest of the Alliance’s.

As anyone who has followed global sales trends in recent years should be well aware, this is a marathon, not a horse race. And anything could happen during the months to come. But Renault-Nissan certainly seems well-positioned. Through the end of June it posted a 7.0% year-over-year gain. VW, by comparison, was up just 3.8% and Toyota’s sales rose a relatively anemic 2.7%.

While he hasn’t officially set a goal of becoming number one, Alliance chief Carlos Ghosn clearly was pleased with the first-half results, celebrating the strong performance in a release outlining the goal ahead. 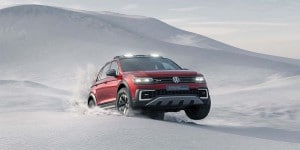 VW doesn't appear ready to cede its lead and settle in as the industry's #2 player.

“We will continue to leverage our significant economies of scale and global market presence to deliver valuable synergies for our member companies this year,” he proclaimed, adding that, “Our enlarged Alliance is well placed to realize its full potential, not only in terms of unit volumes, but also by providing next-generation mobility services to customers around the world.”

Nissan, incidentally, remained the largest member of the group on a sales basis, with a half-year tally of 2.894 million vehicles. Renault followed with 1.879 million, and Mitsubishi came in at 494 thousand.

A number of factors could determine which manufacturer actually takes home the crown for all of 2017. Among other things, there is the U.S. market to consider. The auto industry, as a whole, was down for the first half, and initial forecasts suggest July will have delivered another disappointment, with adjusted sales rates dropping below 17 million for the firth month in a row.

Toyota is the most dependent of the three on the States, VW the least. That turns upside down when you’re talking China, and that massive market has had its own set of challenges in recent months.

Toyota is counting on new products, like the 2018 Camry, to rebuild its own momentum.

While we’ll have to wait to see who lands at the top of the podium, one thing appears certain: General Motors is out of the running. If anything, it seems to have permanently ceded its long-time leadership. In recent months, the company has pulled out of Russia and South Africa entirely, said it will continue producing cars in India but won’t sell them there and, by year-end, it expects to complete the sale of its Opel-Vauxhall unit to France’s PSA Group, effectively all but abandoning the European market.

For the first half, GM sold barely 4.7 million vehicles worldwide and once all these latest pullbacks are complete it will be looking at an annual run rate barely in the 8 million range.

On the other hand, with the purchase of Opel-Vauxhall, PSA – the parent of Peugeot and Citroen – will take a big jump on the global sales charts. And its global chief executive Carlos Tavares is clearly looking to keep moving up. Among other things, he recently approved plans for a return to the U.S. after a quarter century absence.

So, stay tuned. There are likely to continue to be some real surprises in this race for years to come.

(Has America’s love affair with the car gone flat? Not according to this study. Click Here for more.)